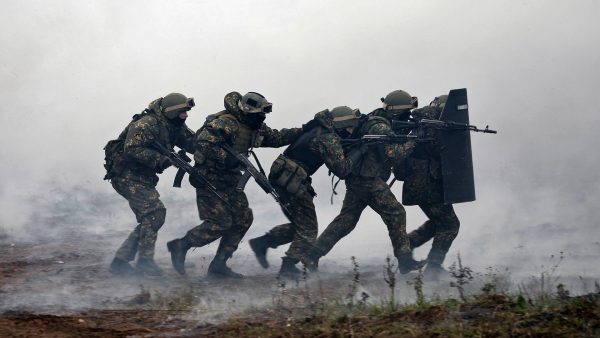 So many people all over the world have been shown the coming military conflict between the United States and Russia.  Last year, James Bailey shared a dream that one of his readers had that I believe could be relevant…

In the dream, I was with family and at my parents’ house. Their home is located in Texas, but in the dream, their house was somewhere near the mountains and water. We were outside on the porch when we saw all these military aircraft jets charging toward our house, but when they reached the house, they turned around. They were about to go head-to-head with Russian military.

My dad and I knew that when they turned around, it was time to get inside and hide, so we went inside and I started closing the blinds, turning the lights off, and covering plants with plastic wrap to protect them. My mom was on the bed and my dad was on the computer in the guest room and I told them to close the blinds. In another room, I saw Christmas lights. They told me I was being weird and paranoid, but I wasn’t.

Then I saw men in black military suits with guns running in our yard looking for people, and I knew these men in black were Russian. I told my parents, “I have been reading prophetic words on this moment for the last three years, so if you want to stay alive, you will listen to me”.

Then I tried to pull my mom to the ground to hide on the side of the bed away from the window. End of dream.

Fast forward to 7/23/18, I don’t fully remember the dream but when I woke up, I wrote quickly in my iPhone that “In my dream, war was starting and the Russians were covered in black from head to toe”.

Honestly, I have no idea what Russian military looks like in real life and haven’t had a prophetic “war” dream in 2 years so I was very alarmed when experienced these.