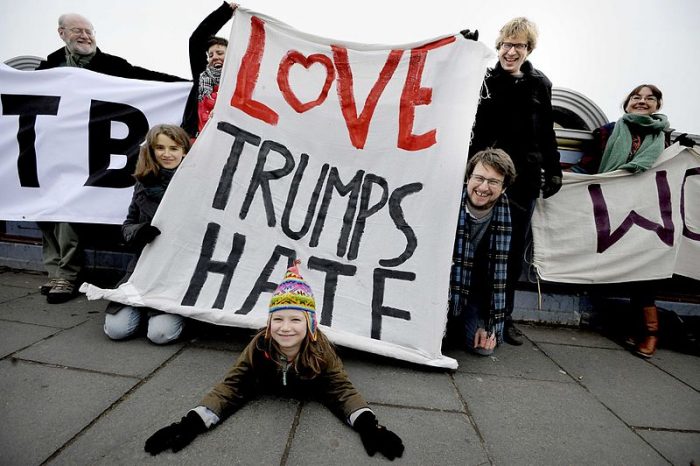 Scores of protests were kicking off across the nation Sunday as angry immigrant advocates pressed their demand for an end to President Trump’s executive order barring citizens of seven Muslim-majority countries from entering the U.S.

Rallies underway in Boston, Philadelphia, New York, Washington and other eastern cities early Sunday drew thousands, part of a groundswell of fury that erupted 24 hours earlier and showed no signs of abating. Protesters in Philadelphia waved signs saying “Welcome Muslims” and “Let them in.” Hundreds gathered outside the White House, and New York Mayor Bill de Blasio tweeted that he would join a rally “for our city’s values” at Battery Park, where a large crowd gathered.