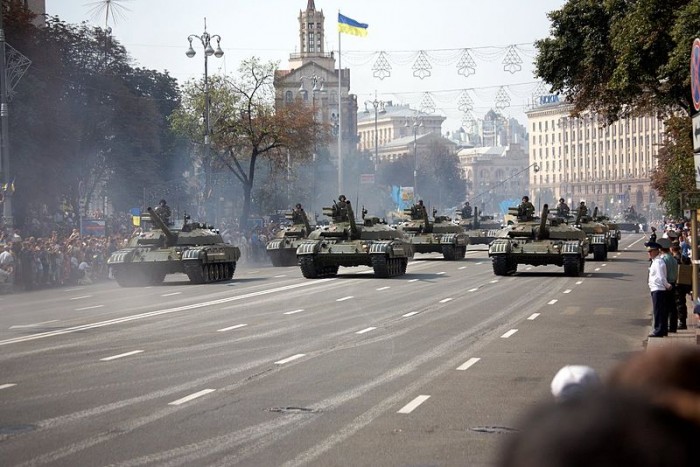 “You want the Ukrainian central authorities to annihilate everyone there, all of their political foes and opponents,” Putin said in an interview yesterday with Germany’s ARD television. “Is that what you want? We certainly don’t. And we won’t let it happen.”

German Chancellor Angela Merkel said yesterday the EU will keep its economic sanctions on Russia “for as long as they are needed.” EU foreign ministers convened today in Brussels to discuss adding to sanctions that have limited access to capital markets for some Russian banks and companies and blacklisted officials involved in the conflict. New measures will likely target pro-Russian separatist leaders, the EU said.