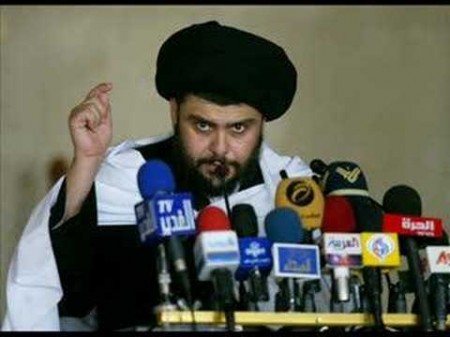 Yesterday I witnessed the extraordinary sight of hordes of suicide bombers, dressed in black and brandishing Kalashnikovs, marching through the slums of Baghdad.

Grouped into makeshift platoons – some wearing white shrouds to denote their readiness to die – they demonstrated their deadly skills in an astonishing display by ‘detonating’ the bombs they carried.

They were part of the private army of powerful cleric Moqtada al-Sadr, an enemy of Britain and the US who inflicted terrible damage on Western troops after the 2003 American-led invasion of Iraq.

He has now raised a militia of tens of thousands of fighters to combat the threat posed by ISIS extremists – and yesterday I saw their brutal power for myself.