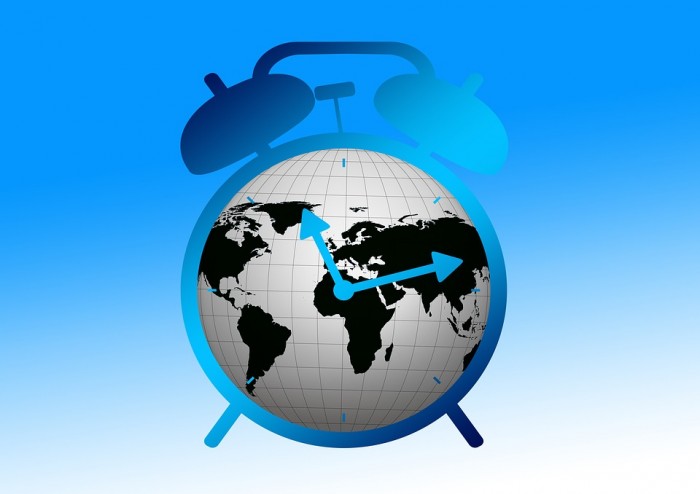 Financial experts Robert Kiyosaki and Harry Dent are both warning that the next major economic crash is in our very near future. Dent is projecting that the Dow will fall to “5,500 to 6,000 by late 2017”, and Kiyosaki actually originally projected that a great crash was coming in 2016 all the way back in 2002. Of course we don’t exactly have to wait for things to get bad. The truth is that things are not really very good at the moment by any stretch of the imagination. Approximately one-third of all Americans don’t make enough money to even cover the basic necessities, 23 percent of adults in their prime working years are not employed, and corporate debt defaults have exploded to the highest level that we have seen since the last financial crisis. But if Kiyosaki and Dent are correct, economic conditions in this country will soon get much, much worse than this.

During a recent interview, Harry Dent really went out on a limb by staking his entire reputation on a prediction that we would experience “the biggest global bubble burst in history” within the next four years…

There’s only one way out of this bubble and that is for it to burst… all this stuff is going to reset back to where it should be without all this endless debt, endless printed money, stimulus and zero interest rate policy.

And of course he is far from alone. Without a doubt, we are currently in the terminal phases of the greatest financial bubble the world has ever known, and it is exceedingly difficult to see any way that it will not end very, very badly.

Ultimately, Dent believes that we could see U.S. stocks lose two-thirds of their value by late next year…

That’ll be most of the damage… then it will rally and there’ll be some aftershocks into 2020… my four cycles point down into early 2020 and then they start one after the other to turn up… I think the worst will be over by 2020, but the worst of that will be by the end of 2017.

If that does happen, it will be a far worse crash than what we experienced back in 2008, and the economic consequences will be absolutely terrifying.

Another highly respected financial expert that is making similar claims is Robert Kiyosaki. My wife is a big fan of his books, and I have always held him in high regard.

Fourteen years ago, the author of a series of popular personal-finance books predicted that 2016 would bring about the worst market crash in history, damaging the financial dreams of millions of baby boomers just as they started to depend on that money to fund retirement.

Broader U.S. stock markets are recovering from the worst 10-day start to a year on record. But Robert Kiyosaki — who made that 2016 forecast in the 2002 book “Rich Dad’s Prophecy” — says the meltdown is under way, and there’s little investors can do but buy gold or silver and hope the Federal Reserve slows the slide.

I agree with Kiyosaki that one way that investors can shield their wealth is by getting gold and silver. In a recent article, I explained exactly why I believe that silver in particular is ridiculously undervalued right now.

Kiyosaki also believes that the coming crash could be delayed a bit if the Federal Reserve decided to embark on another round of quantitative easing. But even if that happens, Kiyosaki is absolutely convinced that eventually “it’s all going to come down”…

Kiyosaki told MarketWatch that the combination of demographics and global economic weakness makes the next crash inevitable — but the Fed could stave it off with another round of quantitative easing, which might stimulate the economy.

The Fed turned more dovish at its March meeting, with the central bank penciling in fewer interest-rate hikes this year than were previously part of its implied framework. The Fed signaled those hikes would happen more slowly than had been anticipated earlier, owing to a weak global economic environment and a volatile stock market.

“The big question [whether] we do ‘QE4,’” said Kiyosaki. “If we do, the stock market will come roaring back, but it’s not rocket science. If we stop printing money, it crashes; if we print money, it goes up. But, eventually, it’s all going to come down.”

Another voice that I have come to respect is Jim Rickards. He is not quite as apocalyptic as Kiyosaki or Dent, but without a doubt he is deeply concerned about where the global economy is headed…

Global growth is slowing both because of weakness in developed economies like Europe and Japan, and weakness in some of the emerging markets champions such as China, Brazil and Russia. The limits of monetary policy have been reached.

The evidence is now clear that negative interest rates don’t stimulate spending; they are only good for devaluation in the ongoing currency wars. World trade is shrinking; a rare phenomenon usually associated with recession or depression.

And he is exactly right. The economic downturn that we are witnessing is truly global in scope. Brazil has plunged into an economic depression, the Italian banking system is in the process of completely melting down, and Japan has implemented negative interest rates in a desperate attempt to keep their Ponzi scheme going but it really isn’t working. In fact, Japanese industrial production just crashed by the most that we have seen since the tsunami of 2011.

Here in the United States, investors are generally feeling pretty good right now because stocks have rebounded substantially in recent weeks. However, Rickards is warning that this rebound is very temporary…

Stocks are clearly in a bubble. The stock market is ignoring the strong dollar, which in turn hurts exports and devalues overseas earnings. It is also ignoring declining corporate earnings, imminent defaults in the energy sector, and declining global growth in general.

Never mind. As long as money is cheap and leverage is plentiful, there’s no reason not to bid up stock prices, and wait for the greater fool to bid them up some more.

There is so much that we could learn from all these three men.

Sadly, just like we saw in 2008, most Americans are ignoring the warnings.

So will everything be just fine as the months roll along?