Skip to content
FacebookTwitter
Jets from Russia and Belarus will hopefully make a key difference in the fight against ISIS in Iraq, the country’s Prime Minister Nouri Maliki said. He expressed regrets over Iraq’s contract with the US, saying their jets are taking too long to arrive.

“God willing within one week this force will be effective and will destroy the terrorists’ dens,” he told BBC Arabic.

Meanwhile, Maliki criticized the process of purchasing US jets as “long-winded,” adding that the radicals could have been repelled if Iraq had proper air defense.

“I’ll be frank and say that we were deluded when we signed the contract [with the US],” Maliki said. “We should have sought to buy other jet fighters like British, French and Russian to secure the air cover for our forces; if we had air cover we would have averted what had happened,” he went on.

Maliki said Iraq bought second-hand jet fighters from Russia and Belarus “that should arrive in Iraq in two or three days.” 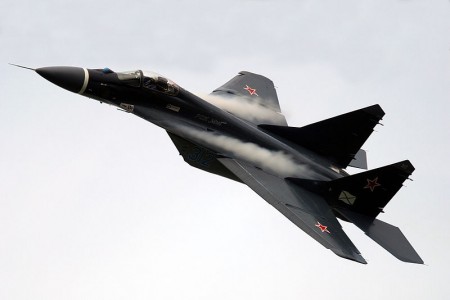