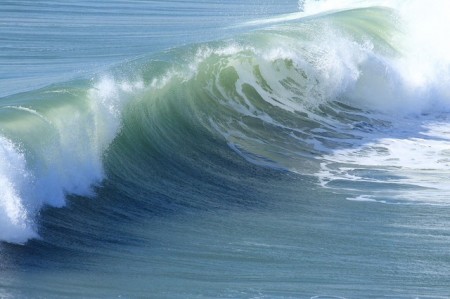 An unexplained sound has permeated the water from one end of the Pacific to the other since 1991. What could it be?

It isn’t whales or ship vibrations or any of the other usual suspects making this noise in the ocean. In 1991, scientists first detected what has become known as the Upsweep.

The National Oceanic and Atmospheric Administration (NOAA) describes Upsweep: “It consists of a long train of narrow-band upsweeping sounds of several seconds duration each.” It’s been detected from one end of the Pacific to the other, a huge range.

The Upsweep is played at 20 times normal speed.

The US Navy had never seen this signal before in its decades of listening under the waves, according to a 2002 New Scientist article. Upsweep was heard straight across the Pacific, ruling out certain localized or small-scale sources.