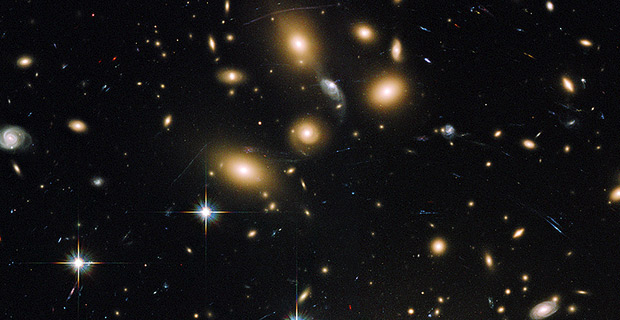 $1.1 trillion is a little over a thousand billions and astronomers estimate there’s only around 170 billion galaxies in known existence, stretching nearly 14 billion light-years away in every direction.

Additionally, one study estimates the number of stars in the Milky Way Galaxy at 100 billion, not significantly higher than the food stamp program accounting for $82 billion of the budget, which already cleared the House of Representatives on Thursday and is expected to be signed by President Obama.

If the entire $1.1 trillion budget was stacked in dollar bills, it would reach over 63 miles high into the mesosphere layer of the atmosphere which is well above the maximum altitude of aircraft and not too far from the minimum altitude of satellites.