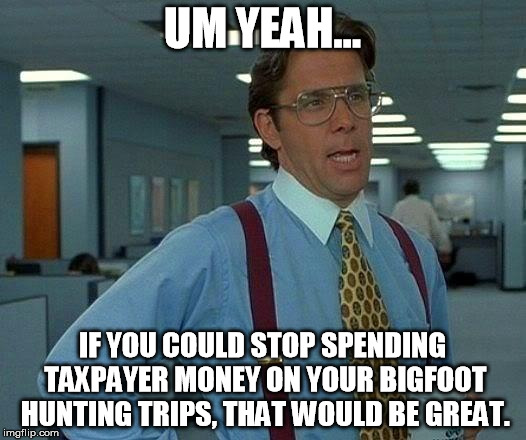 (By Piper McGowin of The Daily Sheeple) You probably thought New Mexico wouldn’t need an actual bill to specifically ban this.

Well, then you would be wrong.

Apparently public funds have been expended for college professors to take class trips in search of Bigfoot in New Mexico. To stop this practice, Senator George Munoz has sponsored a bill to ban public funds from being spent on “looking for or catching a fictitious creature” in his state.

To drive this point home, the bill doesn’t just specify publicly funded searches for Bigfoot, but for Yeti, the Abominable Snowman, Pokemon, leprechauns and the Bogeyman as well. 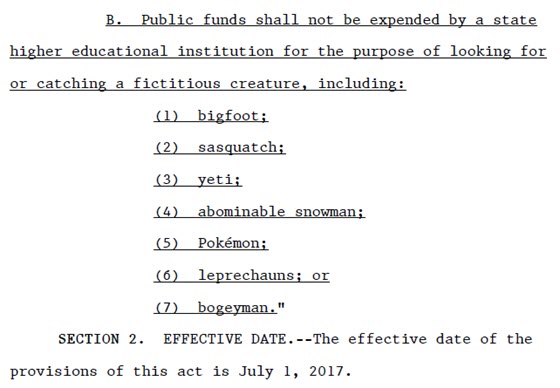 So… this is a thing that happened. Not sure what else to say about it really, except look at this reporter’s face when they go to her to give her “report” on this. She can’t even believe this is her life.