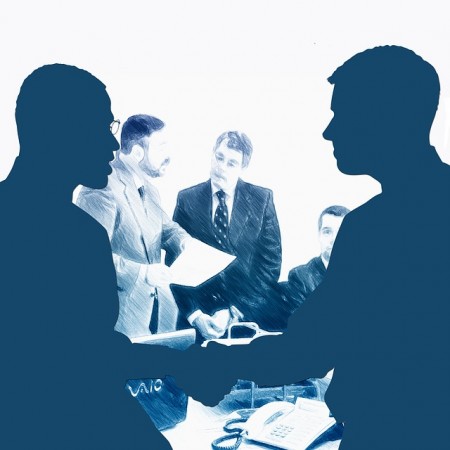 For years, many people have suspected that the New York Fed is more or less controlled by the “too big to fail” banks. Well, now we have smoking gun evidence that this is indeed the case. A very brave lawyer named Carmen Segarra made a series of audio recordings while she was working for the New York Fed. The 46 hours of meetings and conversations that she recorded are being called “the Ray Rice video for the financial sector” because of the explosive content that they contain. What these recordings reveal are regulators that are deeply afraid to do anything that may harm or embarrass Goldman Sachs. And it is quite understandable why Segarra’s colleagues at the New York Fed would feel this way. As a recent Bloomberg article explained, it has become “common practice” for regulators to leave “their government jobs for much higher paying jobs at the very banks they were once meant to regulate.” If you think that there is going to be a cushy, high paying banking job for you at the end of the rainbow, you are unlikely to do anything that will mess that up.

To say that the culture at the New York Fed is “deferential” to big banks such as Goldman Sachs would be a massive understatement.

When Carmen Segarra was first embedded at Goldman Sachs, she was absolutely horrified by what she was seeing and hearing. But her superiors were so obsessed with covering up for Goldman that they actually pressured her to alter the notes that she took during meetings…

The job right from the start seems to have been different from what she had imagined: In meetings, Fed employees would defer to the Goldman people; if one of the Goldman people said something revealing or even alarming, the other Fed employees in the meeting would either ignore or downplay it. For instance, in one meeting a Goldman employee expressed the view that “once clients are wealthy enough certain consumer laws don’t apply to them.” After that meeting, Segarra turned to a fellow Fed regulator and said how surprised she was by that statement — to which the regulator replied, “You didn’t hear that.”

This sort of thing occurred often enough — Fed regulators denying what had been said in meetings, Fed managers asking her to alter minutes of meetings after the fact — that Segarra decided she needed to record what actually had been said.

Needless to say, someone like Segarra that did not “go along with the program” was not going to last long at the New York Fed.

After only seven months, she was fired…

In 2012, Goldman was rebuked by a Delaware judge for its behaviour during a corporate acquisition. Goldman had advised one energy company, El Paso Corp., as it sold itself to another energy company, Kinder Morgan, in which Goldman actually owned a $4-billion stake. Segarrra asked questions and was told by a Goldman executive that the bank did not have a conflict of interest policy. The Fed found some divisions of the bank did have a policy, though not a comprehensive one. The Fed pressured Segarra not to mention the inadequate conflict of interest policy at Goldman in her reports and, she alleges, fired her after she refused to recant.

If Segarra had not made the recordings that she did, we would have probably never heard much from her ever again.

After all, who is going to believe her over Goldman Sachs and the New York Fed? A minority would, of course, but the general public would have probably dismissed her accusations as the bitter ramblings of an ex-employee.

But she did make those recordings, and they are causing chaos on Wall Street right now.

But once you have listened to it — as when you were faced with the newly unignorable truth of what actually happened to that NFL running back’s fiancee in that elevator — consider the following:

1. You sort of knew that the regulators were more or less controlled by the banks. Now you know.

2. The only reason you know is that one woman, Carmen Segarra, has been brave enough to fight the system. She has paid a great price to inform us all of the obvious. She has lost her job, undermined her career, and will no doubt also endure a lifetime of lawsuits and slander.

The New York Fed says that it “categorically rejects” all of the allegations made by Carmen Segarra.

Of course they do.

But what is there to deny? The evidence is right there in the audio recordings.

The New York Fed has been caught red-handed serving the interests of Goldman Sachs, and no number of strongly-worded denials is going to change that.

What this means is that Goldman Sachs is going to continue to do pretty much whatever it wants to do, and nobody is going to stop them.

But someone should be doing something.

When the derivatives crisis strikes, some of these “too big to fail” banks are going to go down very hard.

And when Wall Street starts collapsing, it is going to plunge the entire U.S. economy into a complete and utter nightmare.

Much of this could have been avoided if we had good rules in place and we had regulators that were honestly trying to enforce those good rules.

But instead, the wolves are guarding the hen house and the big banks are going absolutely wild.

Ultimately, this is all going to end very, very badly.