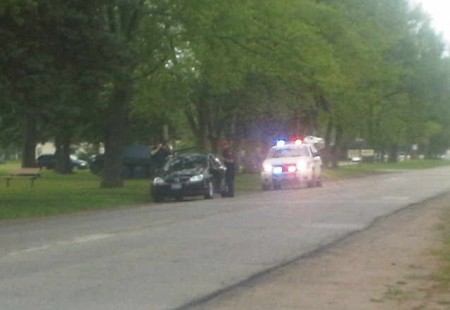 Cash seizures can be made under state or federal civil law. One of the primary ways police departments are able to seize money and share in the proceeds at the federal level is through a long-standing Justice Department civil asset forfeiture program known as Equitable Sharing. Asset forfeiture is an extraordinarily powerful law enforcement tool that allows the government to take cash and property without pressing criminal charges and then requires the owners to prove their possessions were legally acquired.

The practice has been controversial since its inception at the height of the drug war more than three decades ago, and its abuses have been the subject of journalistic exposés and congressional hearings. But unexplored until now is the role of the federal government and the private police trainers in encouraging officers to target cash on the nation’s highways since 9/11.

“Those laws were meant to take a guy out for selling $1 million in cocaine or who was trying to launder large amounts of money,” said Mark Overton, the police chief in Bal Harbour, Fla., who once oversaw a federal drug task force in South Florida. “It was never meant for a street cop to take a few thousand dollars from a driver by the side of the road.”

1 thought on “Stop and seize: Aggressive police take hundreds of millions of dollars from motorists not charged with crimes”