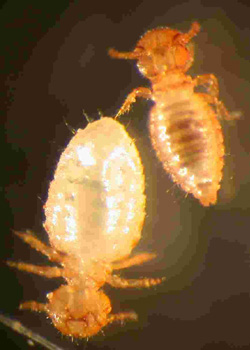 Just in time for the new school year, head lice have become literal superbugs. Lice have developed a high level of resistance to the most common over-the-counter treatments in 25 states, according to research presented at a meeting of the American Chemical Society. “If you overuse a product, over time, the selection pressure will cause insects to develop resistance to it,” Kyong Yoon, an assistant professor of biological and environmental science at Southern Illinois University-Edwardsville and lead author of this ongoing research, told a group of journalists.

Head lice are most commonly treated with pyrethroids, a widely used class of indoor-outdoor insecticides, often used for mosquito control. Yoon and his team found that lice developed a gene mutation, known as knock-down resistance (kdr) against the pyrethroids — rendering them ineffective. In 104 out of the 109 lice populations Yoon tested, the insects were resistant to pyrethroids. “Lice don’t have wings, and they don’t jump, so they move where people move,” Yoon said. That’s why the new school year is such a vulnerable time for head lice transmission. Kids bring lice back from vacations and into the classroom, where they pass the infestation on to their classmates.