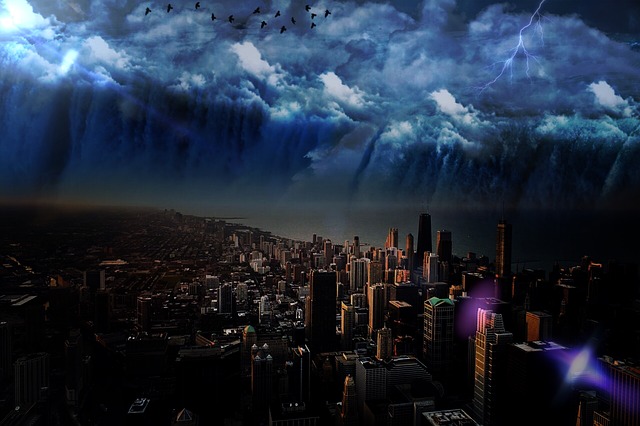 First it was wildfires, then it was unprecedented flooding, and now it is earthquakes. In the past two weeks alone, more than 400 earthquakes have shaken San Ramon – a small city that sits approximately 45 miles east of San Francisco. Never before have so many earthquakes been recorded in that area in such a short span of time. Standing alone, that earthquake swarm may not mean that much. But when you stand back and look at all of the unusual events that have been happening since late September, a very disturbing picture begins to emerge.

But first, let’s talk about this earthquake swarm. All over the planet, seismic activity seems to be increasing. According to Volcano Discovery, dozens of volcanoes around the world have recently erupted, and Afghanistan was just hit by a massive 7.5-magnitude quake. It was one of the worst earthquakes that Afghanistan has ever seen, and it is going to take months to deal with all of the damage. So that is why it is so alarming that right now there is record breaking earthquake activity just outside of San Francisco…

San Ramon, California, appears to have broken a new earthquake record over the last two weeks: A total of 408 small quakes have shaken the East Bay city, almost four times the record set in 2003 in half the amount of time.

“I’ve not felt so many tremors in decades,” Mark Stone said outside a San Ramon Starbucks on Tuesday morning. “My dog, Gimmel, she’s the first one to know a couple of seconds before.”

And his dog has been extra alert lately.

The state of California has been seeing a lot of disasters lately. In late September, tremendous wildfires in the state were making headlines all over the planet. In fact, Barack Obama formally declared the Valley Fire to be a “major disaster”, and federal funding was released to help fight it. The following is from an NBC News article that was posted on September 23rd…

President Barack Obama has declared a major disaster for the fourth most destructive wildfire in California’s history, a blaze that has forced some 12,000 people to evacuate their homes and caused at least three deaths.

Obama signed the declaration Tuesday to release federal funding to help with the Valley Fire, which has been burning north of San Francisco since September 12.

This has been an exceptionally bad year for wildfires nationally. According to the National Interagency Fire Center, the only time when more acres had burned up to this point in the year was in 2006. And the truth is that we are just barely behind 2006’s record pace. More fires are still burning right now, and by the time it is all said and done I expect that 2015 will end up surpassing 2006 and will be the worst year for wildfires that we have ever seen.

As I wrote about the other day, we have also witnessed unprecedented flooding in recent weeks as well. A few days after Obama’s disaster declaration in California, the storm that would became known as Hurricane Joaquin developed into a tropical depression on September 28th.

Even though Joaquin never made landfall, moisture from that storm absolutely devastated the east coast. The governor of South Carolina, Nikki Haley, said that it was the most rain that her state had seen “in a thousand years”…

“We haven’t had this level of rain in the low-country in a thousand years — that’s how big this is,” said South Carolina Gov. Nikki Haley. Days of record rainfall and catastrophic flooding left at least seventeen people dead in South Carolina and two dead in North Carolina, Oct. 6, 2015. Thirteen dams have failed.

Following that, we also witnessed historic flooding in southern California, and the remnants of Hurricane Patricia caused flooding in many parts of Texas. You can read about the details in my previous article entitled “Why Is This Happening? Unprecedented Flooding Has Hit The U.S. Within The Last 30 Days“.

Could it be possible that there is a connection between all of these events?

For a moment, I would like to share with you what I think. In the legal world, there is always a pronouncement of guilt before punishment is administered, and over the past six months or so the guilt of America has been put on display in some very unusual ways.

One of the ways that we are being shown our guilt is through these undercover Planned Parenthood videos. I don’t believe that it is any accident that they have come out at this time. The entire world is being shown that we are killing millions of babies, harvesting their organs, selling them off to the highest bidder, and then using these organs in bizarre scientific experiments.

And a new video was released just this week. In this new video, a Planned Parenthood doctor actually admits that she tries to abort babies in such a way so that their skulls remain intact. The following comes from Fox News…

A Planned Parenthood doctor laughs as she says she continues to “strive” to deliver an aborted baby with an intact skull and appears to admit participating in partial-birth abortions in the latest undercover video released Tuesday targeting Planned Parenthood.

A woman identified as Dr. Amna Dermish of Planned Parenthood of Greater Texas is the focus of the Center for Medical Progress’ 11th video, which is purported to have been filmed during a medical conference in October 2014.

“My aim is usually to get the specimens out pretty intact,” Dermish says at one point.

Video after video like this has been released, and the American people have responded with tremendous indifference.

Even after our guilt has been put on display for all the world to see, one survey found that only 29 percent of all Americans want to shut off federal funding for Planned Parenthood. By more than a 2 to 1 margin (65 percent to 29 percent), the American people said that we should continue giving Planned Parenthood hundreds of millions of tax dollars each year.

After I let that number sink in for a bit, I was faced with one inescapable conclusion.

And just like Nazi Germany and all other horribly evil regimes throughout history, we are headed for a great day of reckoning.

We are not going to be able to get away with the great crimes against humanity that we have been committing. A great shaking is coming to this nation, and we are going to deserve every ounce of what is about to happen to us.

Or could it be possible that I am wrong about this? Please feel free to share what you think by posting a comment below…