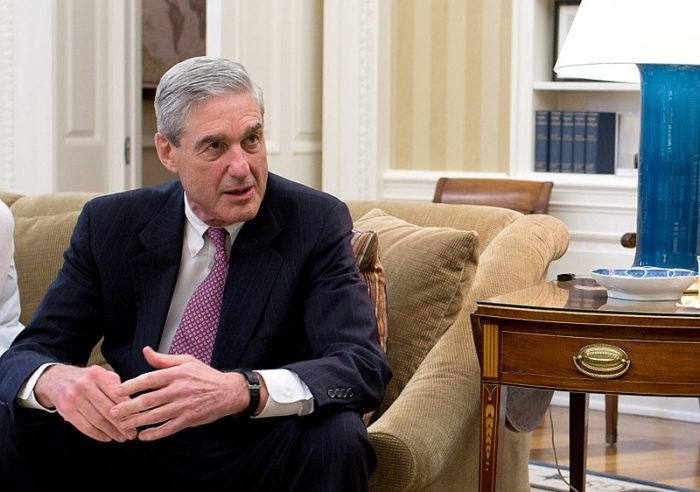 If this is all that Robert Mueller can come up with, he has just wasted enormous amounts of time and money. On Monday, Paul Manafort and his former business partner Richard Gates were charged with tax evasion, money laundering and being “unregistered agents of the government of Ukraine”. These charges have nothing to do with Trump’s campaign, and the Trump campaign is not actually mentioned in the indictment at all. Previously, I explained that once a special counsel is appointed, someone is going to end up getting indicted. Somebody must be charged with something, because a special counsel always feels the need to justify all of the time, money and energy that has been expended. But if this is all that Mueller can come up with, that is pretty pathetic.

In case you haven’t seen the news yet, the following is a brief summary of what Manafort and Gates are being charged with…

Manafort and his former business associate Richard W. Gates III acted as “unregistered agents of the government of Ukraine, the indictment says.

“In order to hide Ukraine payments from United States authorities, from approximately 2006 through at least 2016, Manafort and Gates laundered the money through scores of United States and foreign corporations, partnerships and bank accounts.”

No special counsel was needed for this. If Manafort and Gates evaded taxes and laundered money, those are issues that could be dealt with through normal law enforcement channels.

In the end, this has nothing to do with Trump’s campaign, and it is more evidence that this is simply a politically-motivated witch hunt.

A former Donald Trump campaign adviser was secretly arrested in July and has pleaded guilty to charges of lying to the FBI about contacts with Russia during the 2016 campaign, according to court documents unsealed by special counsel Robert Mueller on Monday.

The former Trump foreign policy adviser, George Papadopoulos, admitted to making “numerous” false statements to the FBI about his repeated efforts to arrange an “off the record” meeting between Trump campaign officials and Russian President Vladimir Putin’s office. He is now cooperating with Mueller’s investigation, according to the unsealed court records.

This is potentially more serious, but once again, there is nothing here that would indicate that President Trump was involved in any wrongdoing whatsoever.

Understandably, President Trump’s response to these developments was quite pointed…

“Sorry, but this is years ago, before Paul Manafort was part of the Trump campaign. But why aren’t Crooked Hillary & the Dems the focus?????”

“….Also, there is NO COLLUSION!,” the president tweeted moments later.

And the timing of all of this is quite odd.

Just when the Uranium One scandal is seriously heating up, all of a sudden Mueller comes out with indictments?

I am not the only one that thinks this is strange. The following comes from Natural News…

But this is all a deliberate distraction from the exploding Uranium One and Fusion GPS scandals, both of which are ensnaring not just Hillary Clinton but also James Comey and even Robert Mueller himself, who was head of the FBI when Clinton rubber stamped the selling of U.S. uranium supplies to Russia.

Over the last few days, for example, the US DOJ has granted approval for an FBI informant with detailed knowledge of the Clinton / Comey criminality to testify before the U.S. Senate. That testimony will be on the record in a few weeks, and it will result in criminal indictments against Obama era officials and Clinton cohorts who have been running a massive collusion cartel for at least the last eight years.

In the end, I wouldn’t be surprised at all to see Mueller himself in some very hot water.

In case you are not familiar with the Uranium One scandal, the following is a pretty good summary from the Blaze…

In 2010, the Committee on Foreign Investment in the United States (CFIUS) voted to appropriate the sale of mining company Uranium One, to Russia’s nuclear agency, Rosatom, thus handing 20 percent of US uranium supply to Russia. Then-Secretary of State Hillary Clinton served on CFIUS when the committee unanimously approved the Uranium One deal. Information has recently surfaced showing that Russian officials routed millions of dollars to the Clinton Foundation prior to the the Uranium One deal.

The fact that the Clinton campaign attempted to hide their role in funding the dossier could get them into a massive amount of legal trouble.

But thanks to Mueller, for the moment the focus is on the special counsel investigation, and Judge Napolitano believes that Mueller is going to use these indictments to try to get someone to testify against Trump…

“Bob Mueller is following the standard M.O. of federal prosecutors,” the judicial analyst continued. “You’ve got a totem pole, you’ve got somebody at the top of the totem pole, that’s your big prize: no surprise, it’s the president of the United States.”

“You’re going to indict people going up the totem pole to see if you can squeeze them. Threaten their ruination, by loss of liberty or loss of property to get them to turn evidence against the top guy.” Napolitano added.

In the end, it isn’t going to work.

There is absolutely no evidence that Trump did anything wrong, and Mueller should be ashamed of himself for dragging this thing out for so long.

Unfortunately, very few members of Congress are calling for this investigation to be shut down. When I am elected, that is something that I am going to do immediately. This investigation is a total witch hunt, and if you stand with President Trump I hope that you will send pro-Trump candidates like me to Washington.

Because if anti-Trump forces have their way, this investigation will go on indefinitely until they can find some possible way to impeach Trump following the 2018 mid-term elections. In fact, Senator Warner is saying that Mueller’s probe will almost certainly be “a complex and likely lengthy investigation” because of these new developments…

Sen. Mark Warner of Virginia, the top Democrat on the Senate Intelligence Committee, which is also investigating Russia-Trump ties, called Monday’s developments in a statement “a significant and sobering step in what will be a complex and likely lengthy investigation by the Special Counsel. That is why it is imperative that Congress take action now to protect the independence of the Special Counsel, wherever or however high his investigation may lead.”

His office also said he wants bipartisan members of Congress to “make clear” to President Trump “that issuing pardons to any of his associates or to himself would be unacceptable, and result in immediate, bipartisan action by Congress.”

Of course the Democrats want this to go on forever, because they want to get rid of Trump by any means necessary.

In the end, there is only one outcome of this investigation that is acceptable.