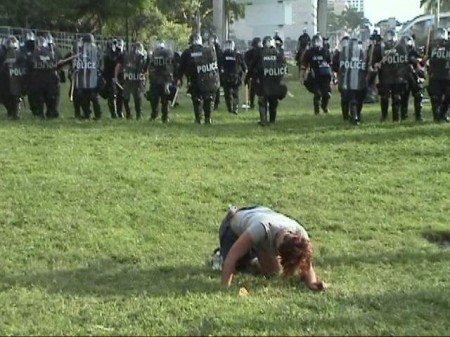 Whether it’s the working mother arrested for letting her 9-year-old play unsupervised at a playground, the teenager forced to have his genitals photographed by police, the underage burglar sentenced to 23 years for shooting a retired police dog, or the 43-year-old man who died of a heart attack after being put in a chokehold by NYPD officers allegedly over the sale of untaxed cigarettes, the theater of the absurd that passes for life in the American police state grows more tragic and incomprehensible by the day.

A Virginia teenager was charged with violating the state’s sexting law after exchanging sexually provocative videos with his girlfriend. Instead of insisting that the matter be dealt with as a matter of parental concern, police charged the boy with manufacturing and distributing child pornography and issued a search warrant to “medically induce an erection” in the 17-year-old boy in order to photograph his erect penis and compare it to the images sent in the sexting exchange.  The police had already taken an initial photograph of the boy’s penis against his will, upon his arrest.

1 thought on “The Absurd, Bureaucratic Hell That Is the American Police State”