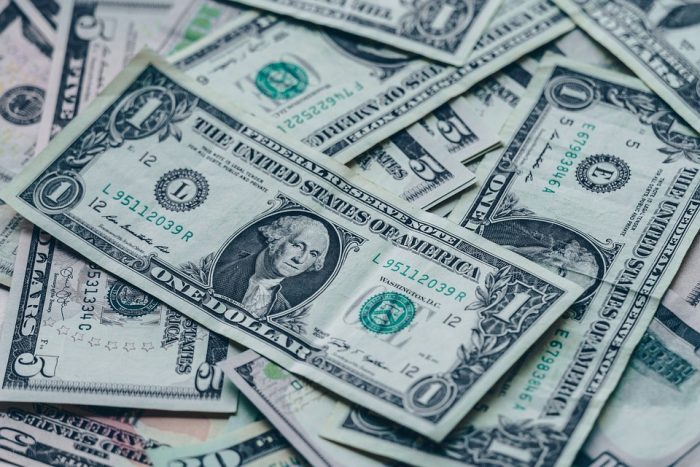 The bigger they come, the harder they fall. On Monday, the Dow Jones Industrial Average closed at a record high for the ninth straight session. It has been a remarkable run, but many experts are pointing out that big trouble is brewing under the surface. As you will see below, 79 components of the S&P 500 have already dropped more than 20 percent below their 52-week highs, and it is mostly just a handful of high flying tech stocks that are still propping up the market at this point. Over the past several weeks, I have been documenting so many of the prominent voices that are loudly warning about an imminent stock market crash, and in this article you will hear some more of these warnings. There is no way that stock prices can keep going up like this, and when the inevitable correction does arrive it is going to be exceedingly painful for millions of investors.

When the market is about to turn in a major way, one of the key things to watch is market breadth, and according to Brad Lamensdorf market breadth has now turned “exceedingly negative”…

Market breadth, a measure of how many stocks are rising versus the number that are dropping, has turned “exceedingly negative,” according to Brad Lamensdorf, a portfolio manager at Ranger Alternative Management. Lamensdorf writes the Lamensdorf Market Timing Report newsletter and runs the AdvisorShares Ranger Equity Bear ETF HDGE, -0.70% an exchange-traded fund that “shorts” stocks, or bets that they will fall.

“As the indexes continue to produce a series of higher highs, subsurface conditions are painting an entirely different picture,” Lamensdorf wrote in the latest edition of the newsletter.

When Lamensdorf uses the phrase “exceedingly negative”, he is not exaggerating at all. As I mentioned above, 79 components of the S&P 500 are already in a bear market…

According to an analysis of FactSet data, 79 components of the S&P 500 are trading at least 20% below their 52-week high; a bear market is typically defined as a 20% drop from a peak.

Another key measure that I like to keep my eye on is Robert Shiller’s cyclically adjusted price-to-earnings ratio. At this point, it is roughly at the same level as it was just before the stock market crash of 1929, and the only time it has been higher was during the peak of the dotcom bubble.

This is why so many investors are making extremely large bets that a major correction is imminent. History tells us that stocks are likely to only go down from here. And when stocks do start falling, the price action could become quite violent. In fact, Barry James is comparing this current market to the Yellowstone supervolcano…

Warning: A correction in the market is “inevitable” and there are three key factors that could spark chaos on Wall Street, according to James Advantage Fund president Barry James.

The investor likened the market to Yellowstone National Park’s famous supervolcano, which many believe is close to eruption.

Of course not everyone agrees with James. Michael Wilson of Morgan Stanley insists that everything is just fine and that “there continues to be a level of skepticism that seems out of whack with what is actually happening”.

In the end, we will see how the coming months play out.

Over the past several years, there have been two primary trends that have been relentlessly driving up stock prices. One of these trends has been an unprecedented level of stock buybacks. And so far this year, hundreds of billions of dollars worth of stock buybacks have already been announced…

Through May, some $390 billion in buybacks have been announced this year, $13 billion more than at this time in 2016, according to figures compiled by Jeffrey Yale Rubin at Birinyi Associates, a stock market research firm.

June 28 was the biggest single buyback announcement day in history. That was when 26 banks disclosed buybacks worth $92.8 billion, largely a response to having just passed the stress tests administered by the Federal Reserve Board. That figure blew past the previous record of $56.4 billion announced on July 20, 2006.

Secondly, central banks have been pumping trillions upon trillions of dollars into the global financial system, and this has perhaps been the biggest reason for the surge in stock prices. But now central banks are starting to pull back, and that could mean big trouble very soon. The following comes from Matt King…

With asset prices displaying a high degree of correlation with central bank liquidity additions in recent years, that feedback loop makes the economy, upon which both corporate profitability and bank net interest margins depend, more reliant on central banks holding markets together than almost ever before. That delicate balance may well be sustained for the time being. But with central banks beginning to move, however gingerly, towards an exit, is it really worth chasing the last few bp of spread from here?

Throughout our history we have seen financial bubbles come and go, but we never seen to learn from our mistakes. Right now, Warren Buffett is sitting on nearly 100 billion dollars in cash in anticipation of being able to buy up financial assets for a song after a crash happens, but meanwhile multitudes of ordinary Americans continue to pour vast quantities of money into stocks even at such absurd valuations.

Despite all of the warnings, many will be caught unprepared when the music stops playing. Just like all of the other financial manias in our history, this one will come to a bitter end too. The following comes from the New York Times…

In the late 1960s the mania was for the “nifty 50” American companies like Disney and McDonald’s, which had been the “go-go” stocks of that decade. In the late 1970s it was for natural resources, from gold to oil. In the late 1980s it was stocks in Japan, and in the late 1990s it was the dot-com boom. Last decade, investors flocked to mortgage-backed securities and big emerging markets from Brazil to Russia. In every case, many partygoers were still in the market when the crash came.

In life, timing is everything, and those that got out of the market in time are going to end up being very happy that they did so.

But those that stay in too long are going to see their “paper wealth” disappear in a blinding flash, and there won’t be any way to get it back once it is gone.