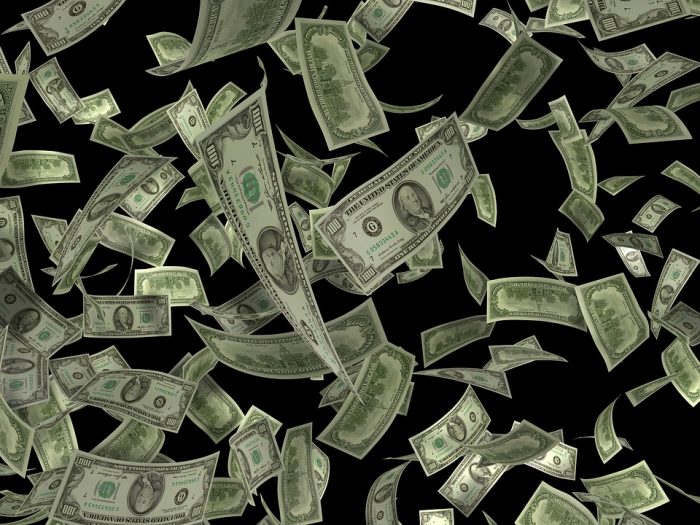 Why have stock prices risen so dramatically since the last financial crisis? There are certainly many factors involved, but the primary one is the fact that the Federal Reserve has been creating trillions of dollars out of thin air and has been injecting all of that hot money into the financial markets. But now the Federal Reserve is starting to reverse course, and this has got to be the greatest sell signal for financial markets in modern American history. Without the artificial support of the Federal Reserve and other global central banks, there is no possible way that the massively inflated asset prices that we are witnessing right now can continue.

The chart below comes from Sven Henrich, and it does a great job of demonstrating the relationship between the Fed’s quantitative easing program and the rise in stock prices. During the last financial crisis the Fed began to dramatically increase the size of our money supply, and they kept on doing it all the way through the end of October 2017…

Unfortunately for stock traders, the Federal Reserve has now decided to change course, and that means that the process that has created these ridiculous stock prices is beginning to go in reverse. In fact, according to Wolf Richter this reversal just started to go into motion within the past few days…

On October 31, $8.5 billion of Treasuries that the Fed had been holding matured. If the Fed stuck to its announcement, it would have reinvested $2.5 billion and let $6 billion (the cap for the month of October) “roll off.” The amount of Treasuries on the balance sheet should then have decreased by $6 billion.

Does anyone out there actually believe that the immensely bloated balance sheet that the Fed has accumulated can be unwound without having an enormous negative impact on Wall Street?

And even more frightening is the fact that central banks all over the planet appear to be acting in coordinated fashion. I really like how Brandon Smith made this point…

An observant person, however, might have noticed that central banks around the world seem to be acting in a coordinated fashion to remove stimulus support from markets and raise interest rates, cutting off supply lines of easy money that have long been a crutch for our crippled economy. The Bank of England raised rates this past week, as the Federal Reserve indicated yet another rate hike in December. The Europeans Central Bank continues to prep the public for coming rate hikes, while the Bank of Japan has assured the public that “inflation” expectations have been met and no new stimulus is necessary. If all of this appears coordinated, that is because it is.

When interest rates are low and central banks are injecting money directly into the financial system, that tends to promote economic activity.

But when they raise interest rates and pull money out of the financial system, the exact opposite is true.

At this point Americans are more optimistic about the stock market than they have ever been before, and it is at this exact moment that the Fed is pulling the financial markets off of life support.

And it isn’t as if the “real economy” ever recovered in any meaningful way. Most American families are still living paycheck to paycheck, and a new economic crisis would push millions more out of the middle class.

Hopefully there is nothing nefarious going on, but I do find it very strange that all of the major global central banks are moving toward tightening at the exact same time.

If things go south for the global economy in the months ahead, we will know exactly where to point the blame…