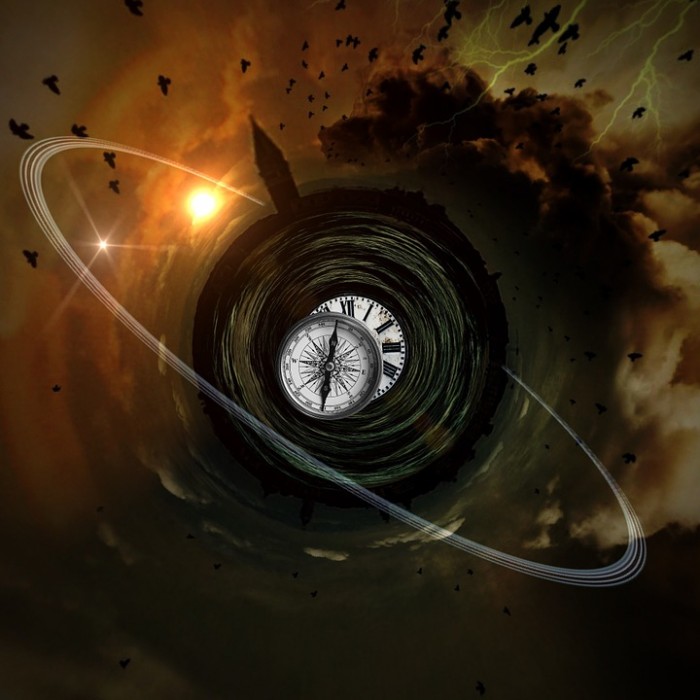 It looks like it is going to be another chaotic week for global financial markets. On Sunday, news that Iran plans to dramatically ramp up oil production sent stocks plunging all across the Middle East. Stocks in Kuwait were down 3.1 percent, stocks in Saudi Arabia plummeted 5.4 percent, and stocks in Qatar experienced a mammoth 7 percent decline. And of course all of this comes in the context of a much larger long-term decline for Middle Eastern stocks. At this point, Saudi Arabian stocks are down more than 50 percent from their 2014 highs. Needless to say, a lot of very wealthy people in Saudi Arabia are getting very nervous. Could you imagine waking up someday and realizing that more than half of your fortune had been wiped out? Things aren’t that bad in the U.S. quite yet, but it looks like another rough week could be ahead. The Dow, the S&P 500 and the Nasdaq are all down at least 12 percent from their 52-week highs, and the Russell 2000 is already in bear market territory. Hopefully this week will not be as bad as last week, but events are starting to move very rapidly now.

Much of the chaos around the globe is being driven by the price of oil. At the end of last week the price of oil dipped below 30 dollars a barrel, and now Iran has announced plans “to add 1 million barrels to its daily crude production”…

Iran could get more than five times as much cash from oil sales by year-end as the lifting of economic sanctions frees the OPEC member to boost crude exports and attract foreign investment needed to rebuild its energy industry.

The Persian Gulf nation will be able to access all of its revenue from crude sales after the U.S. and five other global powers removed sanctions on Saturday in return for Iran’s curbing its nuclear program. The fifth-biggest producer in the Organization of Petroleum Exporting Countries had been receiving only $700 million of each month’s oil earnings under an interim agreement, with the rest blocked in foreign bank accounts. Iran is striving to add 1 million barrels to its daily crude production and exports this year amid a global supply glut that has pushed prices 22 percent lower this month.

It doesn’t take a genius to figure out what this is going to do to the price of oil.

The price of oil has already fallen more than 20 percent so far in 2016, and overall it has declined by more than 70 percent since late 2014.

When the price of oil first started to fall, a lot of people out there were proclaiming that it would be really good for the U.S. economy. But I said just the opposite. And of course since that time we have seen an endless parade of debt downgrades, bankruptcies and job losses. 130,000 good paying energy jobs were lost in the United States in 2015 alone because of this collapse, and things just continue to get even worse. At this point, some are even calling for the federal government to intervene. For example, the following is an excerpt from a CNN article that was just posted entitled “Is it time to bail out the U.S. oil industry?“…

The epic crash in oil prices has wiped out tens of thousands of jobs, caused dozens of bankruptcies and spooked global financial markets.

The fallout is already being felt in oil-rich states like Texas, Oklahoma and North Dakota, where home foreclosure rates are spiking and economic growth is slowing.

Now there are calls in at least some corners for the federal government to come to the rescue.

Is it just me, or is all of this really starting to sound a lot like 2008?

And of course it isn’t just the U.S. that is facing troubles. The global financial crisis that began during the second half of 2015 is rapidly accelerating, and chaos is erupting all over the planet. The following summary of what we have been seeing in recent days comes from Doug Noland…

The world has changed significantly – perhaps profoundly – over recent weeks. The Shanghai Composite has dropped 17.4% over the past month (Shenzhen down 21%). Hong Kong’s Hang Seng Index was down 8.2% over the past month, with Hang Seng Financials sinking 11.9%. WTI crude is down 26% since December 15th. Over this period, the GSCI Commodities Index sank 12.2%. The Mexican peso has declined almost 7% in a month, the Russian ruble 10% and the South African rand 12%. A Friday headline from the Financial Times: “Emerging market stocks retreat to lowest since 09.”

Trouble at the “Periphery” has definitely taken a troubling turn for the worse. Hope that things were on an uptrend has confronted the reality that things are rapidly getting much worse. This week saw the Shanghai Composite sink 9.0%. Major equities indexes were hit 8.0% in Russia and 5.0% in Brazil (Petrobras down 9%). Financial stocks and levered corporations have been under pressure round the globe. The Russian ruble sank 4.0% this week, increasing y-t-d losses versus the dollar to 7.1%. The Mexican peso declined another 1.8% this week. The Polish zloty slid 2.8% on an S&P downgrade (“Tumbles Most Since 2011”). The South African rand declined 3.0% (down 7.9% y-t-d). The yen added 0.2% this week, increasing 2016 gains to 3.0%. With the yen up almost 4% versus the dollar over the past month, so-called yen “carry trades” are turning increasingly problematic.

Closer to home, the crisis in Puerto Rico continues to spiral out of control. The following is an excerpt from a letter that Treasury Secretary Jack Lew sent to Congress on Friday…

Although there are many ways this crisis could escalate further, it is clear that Puerto Rico is already in the midst of an economic collapse…

Puerto Rico is already in default. It is shifting funds from one creditor to pay another and has stopped payment altogether on several of its debts. As predicted, creditors are filing lawsuits. The Government Development Bank, which provides critical banking and fiscal services to the central government, only avoided depleting its liquidity by halting lending activity and sweeping in additional deposits from other Puerto Rico governmental entities. A large debt payment of $400 million is due on May 1, and a broader set of payments are due at the end of June.

It isn’t Michael Snyder from The Economic Collapse Blog that is saying that Puerto Rico is “in the midst of an economic collapse”.

That is the Secretary of the U.S. Treasury that is saying it.

Those that have been eagerly anticipating a financial apocalypse are going to get what they have been waiting for.

Right now we are about halfway through January, and this is the worst start to a year for stocks ever. The Dow is down a total of 1,437 points since the beginning of 2016, and more than 15 trillion dollars of stock market wealth has been wiped out globally since last June.

Unfortunately, there are still a lot of people out there that are in denial.

There are a lot of people that still believe that this is just a temporary bump in the road and that things will return to “normal” very soon.

They don’t understand that this is just the beginning. What we have seen so far is just the warm up act, and much, much worse is yet to come.