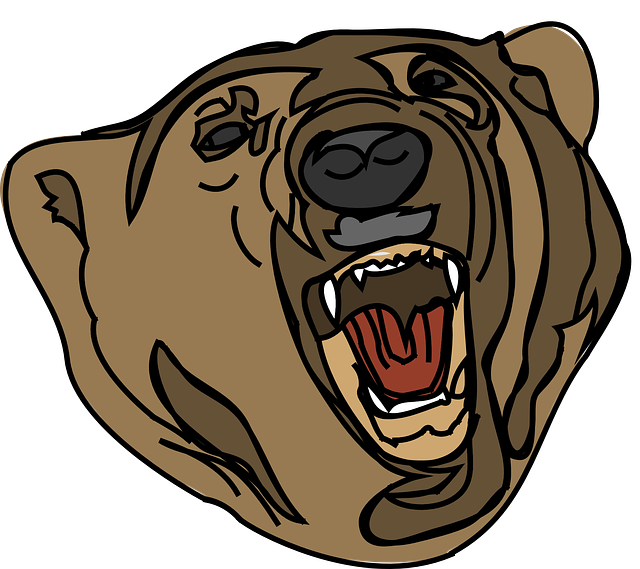 Are we about to witness trillions of dollars of “paper wealth” vaporize into thin air? During the next financial crisis, a lot of “wealthy” investors are going to be in for a very rude awakening. The truth is that securities are only worth what someone else is willing to pay for them, and that is why liquidity is so important. Back on April 17th, I published an article entitled “The Global Liquidity Squeeze Has Begun“, but it didn’t get nearly as much attention as many of my other articles do. But now that the liquidity crisis is intensifying, hopefully people will start to grasp the implications of what is happening. The 76 trillion dollar global bond bubble is threatening to implode, and if it does, the amount of “paper wealth” that could potentially be lost during the months ahead is almost unimaginable.

For those that do not consider the emerging liquidity crisis to be important, I would suggest that they check out what the financial experts are saying. For instance, the following comes from a recent Bloomberg report…

There are three things that matter in the bond market these days: liquidity, liquidity and liquidity.

How — or whether — investors can trade without having prices move against them has become a major worry as bonds globally tanked in the past few months. As a result, liquidity, or the lack of it, is skewing markets in new and surprising ways.

Fund managers who together control trillions in assets are starting to panic in the face of an acute bond market liquidity shortage.

Dealer inventories have collapsed in the post-crisis regulatory regime, eliminating the traditional source of liquidity in secondary corporate credit markets, while HFTs and central banks have combined to create the conditions under which USTs and German Bunds can, at any given time, trade like penny stocks (October’s Treasury flash crash and May’s dramatic Bund rout are the quintessential examples).

For a moment, just imagine what would happen if someone yelled “fire” in a very crowded movie theater, and the only exit was a very small doggie door that only one person at a time could squeeze through. According to experts, that is what the bond market could soon look like…

“When the unwind comes, like we’ve seen in the past few months, it comes abruptly and sharply as the exit door is tiny,” said Ryan Myerberg, a London-based fund manager at Janus Capital Group Inc., which oversees about $190 billion.

In the end, I believe that those that “squeezed through the door” during this time period are going to be very glad that they got out while they still could.

For much more on the coming bond collapse, check out this YouTube video from Ron Paul in which he explains why we should “prepare for a bear market in bonds”…

Another very prominent voice that is deeply concerned about bonds is Carl Icahn. The following is what he told CNBC on Wednesday…

Carl Icahn warned investors on Wednesday that he believes the market is “extremely overheated—especially high-yield bonds.”

“I think the public is walking into a trap again as they did in 2007,” the activist investor told CNBC’s “Fast Money Halftime Report.” “I think it’s almost the duty of well-respected investors, like myself I hope, to warn people, to tell people, that really you are making errors.”

Icahn compared the current market situation to the prerecession days, when mortgage-backed securities were being widely sold. “It’s almost deja vu,” he said.

Let’s talk about high-yield bonds for a moment. Prior to the last financial crisis, they started crashing way before stocks did, and now we see the exact same pattern repeating once again.

Normally high yield credit tracks stocks very closely. When there is a disconnect, that can be a huge sign of trouble. The following chart comes from Zero Hedge, and it brilliantly demonstrates how similar things are today to the period just before the stock market crash of 2008… 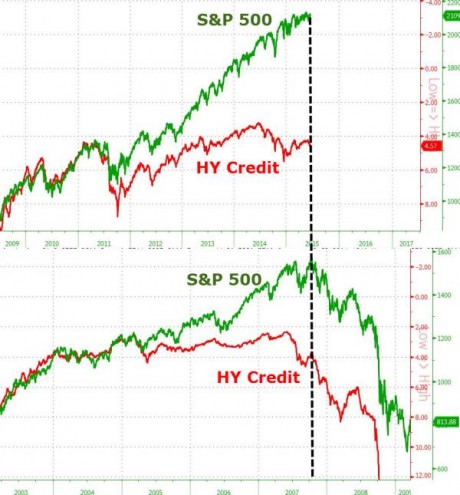 It is glaringly apparent that we are due for a “correction”. And even though stocks have recently hit brand new record highs, there are rumblings under the surface that a big move down is right around the corner.

For example, USA Today is reporting that mutual fund investors have pulled more money out of stocks than they have put in for 16 weeks in a row….

In a sign of stock market nervousness on Main Street, mutual fund investors have yanked more money out of U.S. stock funds than they put in for 16 straight weeks.

The last time domestic stock funds had positive net cash inflows was in the week ending Feb. 25, according to data from the Investment Company Institute, a mutual fund trade group.

In the week ended June 17, the most recent data available, mutual funds that invest in U.S. stocks suffered net outflows of $3.45 billion, according to the ICI.

Since late February, U.S. stock funds have suffered estimated outflows of nearly $55 billion. Those net withdrawals come despite the fact the benchmark Standard & Poor’s 500 hit a fresh record high of 2130.82 on May 21 and the Dow Jones industrial average notched a fresh record on May 19.

Those that are smart are getting out while the getting is good.

In all the time that I have been publishing The Economic Collapse Blog, I have never seen stocks so primed for a crash. If you were writing up a scenario for a textbook that imagined what a lead up to a major stock market crash would look like, you could very easily use the last six months as a model.

For a long time, many people out there (including some of my readers) have been very impatiently waiting for the financial markets to crash. But this is not something that any of us should want to see. When this next great financial crisis comes, it is going to be absolutely horrible. Millions upon millions of workers will lose their jobs, and there will be tremendous economic suffering all over the planet.

Tomorrow I plan to share something that is going to shock a lot of people.

It is going to be something that I have never done before, but the time has come.