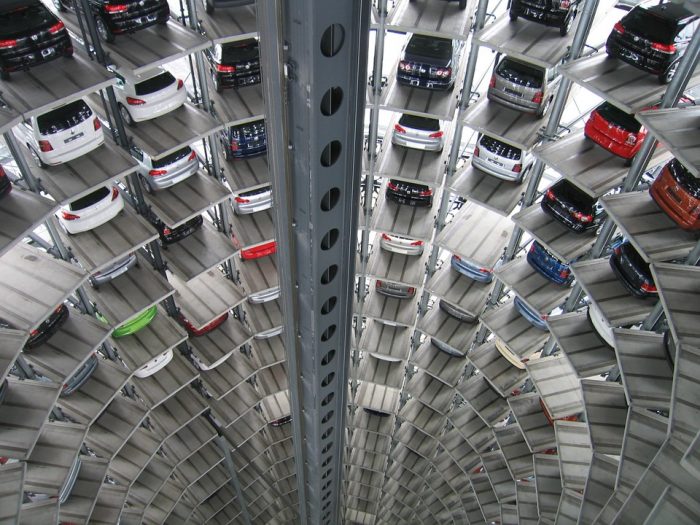 In 2008, subprime mortgages almost single-handedly took down the entire financial system, and now a new subprime crisis is here. In recent years, the auto industry has been able to boost sales by aggressively pushing people into auto loans that they cannot afford. In particular, auto loans made to consumers with subprime credit have been accounting for an increasingly larger percentage of the market. Unfortunately, when you make loans to people that should not be getting them, eventually a lot of those loans are going to start to go bad, and that is precisely what is happening now. Meanwhile, automakers and dealers are starting to panic as sales have begun to fall and used car prices have started to crash. If you work in the auto industry, you might remember how horrible the last recession was, and this new downturn could eventually turn out to be even worse. The following are 12 signs that a day of reckoning has arrived for the U.S. auto industry…

#1 Seven out of the eight largest automakers in the United States fell short of their sales projections in March.

#2 Overall, U.S. auto sales so far in 2017 have been described as a “disaster” despite record spending on consumer incentives by automakers.

#3 Dealer inventories are now at the highest level that we have seen since the last financial crisis. Why this is so troubling is because there are a whole lot of unsold vehicles just sitting there doing nothing, and this is becoming a major financial problem for many dealers.

#4 It now takes an average of 74 days before a dealer is able to sell a new vehicle. This number is also the highest that it has been since the last financial crisis.

The used-vehicle price index from the National Automobile Dealers Association posted a 3.8% decline in February compared to the prior month. NADA also said wholesale prices fell 1.6%.

#7 As I discussed yesterday, Morgan Stanley is projecting that used car prices “could crash by up to 50%” over the next four or five years.

#8 Right now, more than a million Americans are behind on their payments on their auto loans. This is something that has not happened since the last financial crisis.

#9 In 2017, U.S. consumers are more “underwater” on their auto loans than they have ever been before.

#12 Just like with subprime mortgages in the run up to the last financial crisis, subprime auto loans have been bundled together and sold as “securities” to investors. And just like last time around, this has turned out to be a recipe for disaster…

Many auto loans, including those considered subprime, are securitized and sold to investors. But Morgan Stanley recently reported that the share of auto securities tied to “deep subprime” loans – those given to borrowers with a FICO credit score below 550 — has risen from 5.1 percent in 2010 to 32.5 percent today. It said defaults on those bonds have risen significantly in the past five years.

Almost a quarter of the more than $1.1 trillion in U.S. auto loan debt is owed by subprime borrowers, and delinquency rates have hit their highest point in seven years.

In the old days, you could always count on the U.S. auto industry to bounce back eventually because of the economic strength of average U.S. consumers.

Unfortunately, the middle class in America is being systematically hollowed out by long-term economic trends that our leaders in Washington D.C. have consistently ignored.

We have become a nation of economic extremes. There are more millionaires in this country than ever before, but meanwhile poverty is exploding in communities all over the country.

If you live in a prosperous area, things may be going great where you live for the moment. But as Gallup has discovered, an all-time record high percentage of Americans are worrying “a great deal” about hunger and homelessness these days…

Over the past two years, an average of 67% of lower-income U.S. adults, up from 51% from 2010-2011, have worried “a great deal” about the problem of hunger and homelessness in the country. Concern has also increased among middle- and upper-income Americans, but they still worry far less than do lower-income Americans.

You may have plenty of money in your bank account, and so for you hunger and homelessness are not very big issues. But for those that are just scraping by from month to month, having enough food and a place to sleep at night are top priorities. Here is more from Gallup…

Americans at all income levels are expressing greater concern about hunger and homelessness, and it is the top worry among lower-income Americans, who are most likely to struggle to pay for adequate food and housing.

In addition to the woes of the auto industry, the retail industry is going through the worst wave of store closings in modern American history, pension funds are melting down all over the nation, and stocks are primed for a crash of epic proportions. Things are lining up just right for the kind of scenario that I laid out in The Beginning Of The End, but unfortunately most people are not listening to the warnings.

The same thing happened just before the great financial crisis of 2008. All of the warning signs were there well in advance, and many of the experts were warning about what was coming as early as 2005. But because it did not happen immediately, a lot of people greatly mocked the warnings.

But then the fall of 2008 arrived and all of the mockers suddenly went silent.

As you can see from the numbers that I shared above, a new crisis has already arrived.

The only question now is how bad it will ultimately turn out to be.