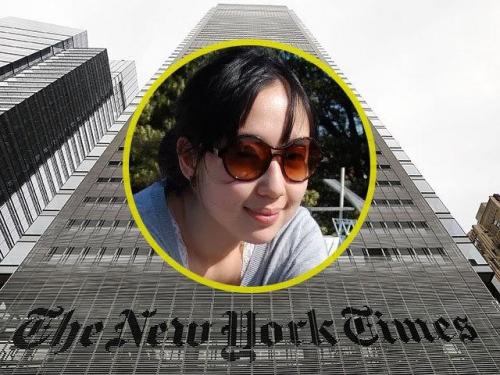 The NYT claimed that Jeong was “imitating” the behavior of people who harassed her online, but this does not explain why she was tweeting “fuck the police” and encouraging people to “kill all men.”

A search for “cops” and “police” on Jeong’s Twitter reveals an extensive history of anti-cop sentiment and a lack of sympathy for police who are injured on the job.

In one tweet from 2014 she wrote, “let me know when a cop gets killed by a rock or molotov cocktail or a stray shard of glass from a precious precious window.”

“If we’re talking big sweeping bans on shit that kills people, why don’t we ever ever ever ever talk about banning the police?” a tweet from 2016 asserts. –Daily Caller

After a bad day, some people come home and kick the furniture. I get on the internet and make fun of the New York Times.