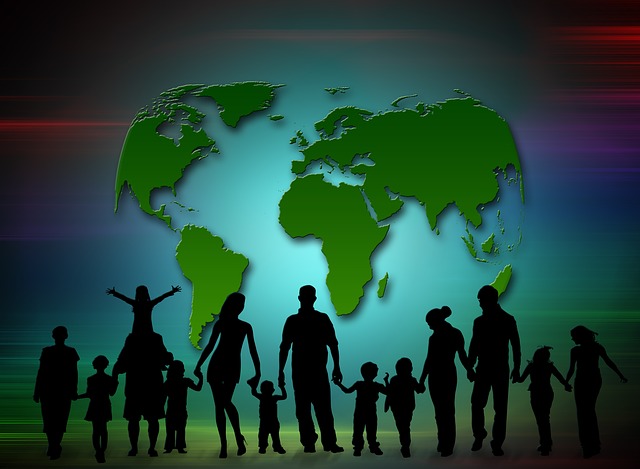 What kind of people is Pope Francis surrounding himself with? The fact that this Pope decided to choose German professor John Schellnhuber as his chief climate change advisor is raising a lot of eyebrows. Schellnhuber doesn’t believe in God, but as you will see below, he does appear to believe in ‘Gaia’. Schellnhuber has also advocated for the establishment of an “Earth Constitution”, a “Global Council” directly elected by the citizens of the world, and a “Planetary Court” that would serve as the pinnacle of a planetary legal system. In addition, he believes that the “carrying capacity” of our planet is less than one billion people. This is the man that the Pope has chosen to advise him on the issue that Pope Francis has made the centerpiece of his papacy.

The concept of ‘Gaia’ has deep roots in ancient paganism. Many of the advocates of the ‘Gaia hypothesis‘ do not consider themselves to be religious, but in reality it is a kind of “scientific pantheism”. This quasi-scientific theory was popularized by James Lovelock in his book entitled “Gaia: A New Look At Life On Earth“, and apparently this is a theory that Schellnhuber endorses. The following is an extended excerpt from a recent article by William M. Briggs…

In the Gaia Principle, Mother Earth is alive, and even, some think, aware in some ill-defined, mystical way. The Earth knows man and his activities and, frankly, isn’t too happy with him.

This is what we might call “scientific pantheism,” a kind that appeals to atheistic scientists. It is an updated version of the pagan belief that the universe itself is God, that the Earth is at least semi-divine — a real Brother Sun and Sister Water! Mother Earth is immanent in creation and not transcendent, like the Christian God.

What’s this have to do with Schellnhuber? In the 1999 Nature paper “‘Earth system’ analysis and the second Copernican revolution,” he said:

Ecosphere science is therefore coming of age, lending respectability to its romantic companion, Gaia theory, as pioneered by Lovelock and Margulis. This hotly debated ‘geophysiological’ approach to Earth-system analysis argues that the biosphere contributes in an almost cognizant way to self-regulating feedback mechanisms that have kept the Earth’s surface environment stable and habitable for life.

Geo-physiological, in case you missed it. Cognizant, in black and white. So dedicated is Schellnhuber to this belief that he says “the Gaia approach may even include the influence of biospheric activities on the Earth’s plate-tectonic processes.” Not the other way around, mind you, where continental drift and earthquakes effects life, but where life effects earthquakes.

Although effects such as the glaciations may still be interpreted as over-reactions to small disturbances — a kind of cathartic geophysiological fever — the main events, resulting in accelerated maturation by shock treatment, indicate that Gaia faces a powerful antagonist. Rampino has proposed personifying this opposition as Shiva, the Hindu god of destruction.

So why would the Pope rely on the “expertise” of someone that does not believe in God, but that argues that “Gaia faces a powerful antagonist”?

Perhaps someone should ask him.

Schellnhuber is most famous for predicting that the “carrying capacity” of the earth is “below” 1 billion people. When confronted with this, he called those who quoted him “liars.” But he then repeated the same claim, saying, “All I said was that if we had unlimited global warming of eight degrees warming, maybe the carrying capacity of the earth would go down to just 1 billion, and then the discussion would be settled.” And he has often said that this temperature tipping point would be reached — unless “actions” were taken.

Schellnhuber is also an unashamed globalist. In a previous article, I discussed how he believes that we need a global government, a global constitution and a global court that would have authority over all the other courts on the planet. The following is an excerpt from a very disturbing article that he authored…

Let me conclude this short contribution with a daydream about those key institutions that could bring about a sophisticated — and therefore more appropriate — version of the conventional “world government” notion. Global democracy might be organized around three core activities, namely (i) an Earth Constitution; (ii) a Global Council; and (iii) a Planetary Court. I cannot discuss these institutions in any detail here, but I would like to indicate at least that:

– the Earth Constitution would transcend the UN Charter and identify those first principles guiding humanity in its quest for freedom, dignity, security and sustainability;

– the Global Council would be an assembly of individuals elected directly by all people on Earth, where eligibility should be not constrained by geographical, religious, or cultural quotas; and

– the Planetary Court would be a transnational legal body open to appeals from everybody, especially with respect to violations of the Earth Constitution.

So why is Pope Francis surrounding himself with such people?

Does he have similar hopes for the future?

Without a doubt, the Pope’s latest encyclical fully embraces Schellnhuber’s views on climate change, but it doesn’t stop there. The Pope also expressed a very negative view of human progress, and he appeared to be echoing many of the exact same talking points that radical environmentalists have been hammering us with for years. The following comes from a recent article by Steven Malanga…

The encyclical, whose title is derived from a line from St. Francis of Assisi’s Canticle of the Sun (“Be praised, My Lord, through all your Creatures”), is being welcomed by some in the scientific community because it proclaims that climate change is real and that humanity must address it. But the nearly 38,000-word document—most of which is not about climate change—actually reads like a giant step backward for the Church’s social teaching: a rejection of technological progress; a dark, narrow vision of human nature that ignores the enormous gains the world has made in alleviating human suffering; and an almost antihuman call, reminiscent of the most radical environmentalists, to reduce human activity drastically as the only way to save the planet. As Michael Shellenberger, president of the Breakthrough Institute and co-author of An Ecomodernist Manifesto, observed: “When [the] Pope speaks of ‘irrational faith in human progress’ I want him to visit the Congo to see what life is like when there is no progress.”

Could it be possible that this Pope is far more radical than most people ever imagined?

If so, what does that mean for the future of Catholicism?

Michael Snyder is the author of The Beginning Of The End and Get Prepared Now. You can get his new DVDs entitled “Economic Collapse, World War III & The Death Of America” and “The Regathering Of The Ten Lost Tribes Of Israel” from the Prophecy Club.

(Originally published on The Truth)