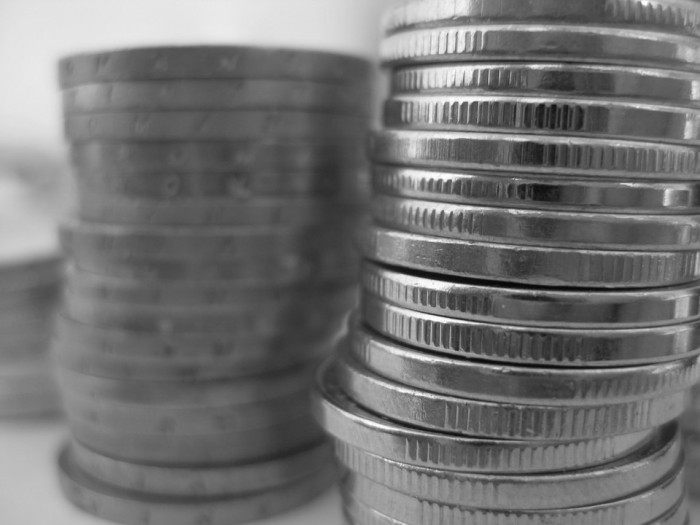 Have you seen what the price of silver has been doing? On Monday, it exploded past 20 dollars an ounce, and as I write this article it is sitting at $20.48. Earlier today it actually surged above 21 dollars an ounce for a short time before moving back just a bit. In late March, I told my readers that silver was “ridiculously undervalued” when it was sitting at $15.81 an ounce, and that call has turned out to be quite prescient. The Friday before last, silver started the day at $17.25 an ounce, and it is up more than 18 percent since that time. Overall, silver is up more than 30 percent for the year, and that makes it one of the best performing investments of 2016. So what is causing this sudden surge in the price of silver? This is something that we will discuss below…

This sudden spike in the price of silver has definitely caught a lot of analysts off guard. Some are suggesting that the fact that the Fed is now less likely to raise rates after the Brexit and the fact that the dollar has been slipping a bit lately are the primary reasons for silver’s rise…

This isn’t a gradual increase either. It’s an explosive growth spurt. Just three months ago silver had reached an 11 month high. Now silver prices have reached a 23 month high. Several factors appear to be influencing these gains, including a weakening dollar, and the fact that the Fed may cut interest rates in light of the Brexit vote.

Personally, I don’t buy those explanations.

To me, the continuing implosion of major banks over in Europe is the main factor that is driving investors to safe haven assets such as silver.

Rumors continue to spread that Deutsche Bank is essentially insolvent at this point, and many are watching for the imminent collapse of the largest and most important bank in Germany. When this happens, it will be a much, much more cataclysmic event for the global financial system than the collapse of Lehman Brothers was back in 2008.

But today I want to focus on the ongoing implosion of the major banks in Italy.

Italy has the 8th largest economy on the entire planet, and their banks are drowning in approximately 400 billion dollars worth of non-performing debt.

The Italian government would like to bail these banks out, but the rest of the EU appears ready to block that effort because it would violate EU rules. As a result, the big Italian banks experienced a bloodbath on Monday…

Italy’s Banca Monte dei Paschi di Siena SpA BMPS, -13.99% closed down 14%. The move came after a report that the European Central Bank is pushing the lender to draft a new plan aimed at reducing non-performing loans.

As a reminder, the Euro Stoxx Banks index was down -0.88% last week and is nearly 19% down from its pre-referendum levels. Italian Banks are at the heart of that weakness with the likes of Unicredit, Intesa, Banco Monte dei Paschi and UBI down -9.78%, -3.44%, -15.79% and -6.11% respectively last week, in the process sending Italian stocks to levels not seen since Draghi’s famous “whatever it takes” speech.

So what happens when all of the major banks of a country collapse at the exact same time?

Basically, Italy is facing “financial Armageddon” if nothing is done, and so some Italian politicians are desperate to step in and do something about this crisis even if it means defying the EU…

The Financial Times reported Sunday that Italy was prepared “to defy the EU and unilaterally pump billions of euros into its troubled banking system if it comes under severe systemic distress … despite warnings from Brussels and Berlin over the need to respect rules that make creditors rather than taxpayers fund bank rescues.”

Citing “several officials and bankers familiar with the plans,” the FT said that the threat has raised alarm along Europe’s regulators “who fear such a brazen intervention would devastate the credibility of the union’s newly implemented banking rule book during its first real test.”

“The reality is the problems of Italy’s banks predate last week’s Brexit vote, and he knows it.”

So what is going to happen?

Could Italy be forced to leave the EU?

Will the rest of the European Union eventually cave in and save Italy?

We all remember how difficult it was for the EU to save Greece, and they are just the 44th largest economy on the planet.

So where in the world are they going to come up with the resources to rescue the 8th largest economy on the planet?

Immediately following the Brexit vote on the Friday before last, we witnessed the biggest one day global stock market loss in world history. But since that time many global markets have bounced back, and a lot of people seem convinced that the crisis has passed.

Unfortunately, the truth is that the crisis is just getting started. As I warned before the Brexit vote, European banks were going to continue to implode no matter what the result was, and that is definitely what we are seeing come to pass right now.

Without bailouts, virtually all of the major banks in Italy are going to fail. It is just a matter of time. And each of those failures would send financial shockwaves all over the planet.

Personally, I am convinced that the second half of 2016 is going to be even more eventful that the first half of 2016, and this new global economic crisis is going to continue to accelerate.

Unfortunately, most Americans are preoccupied reading about Taylor Swift’s new boyfriend and things of that nature, and so they are totally oblivious to the global events that are about to turn their lives totally upside down.