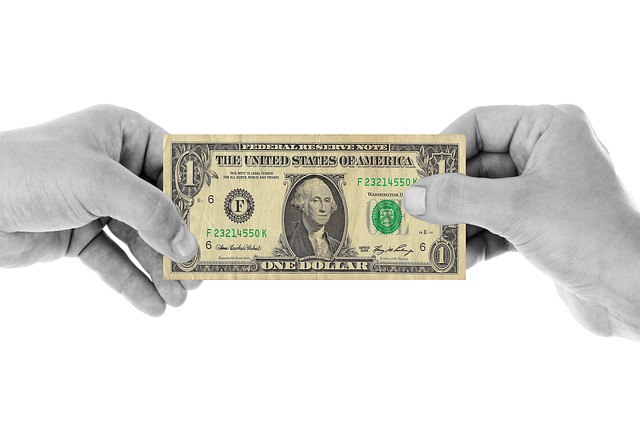 The 7th largest economy on the entire planet, Brazil, has been gripped by a horrifying recession, as has much of the rest of South America. But it isn’t just South America that is experiencing a very serious economic downturn. We have just learned that Japan (the third largest economy in the world) has lapsed into recession. So has Canada. So has Russia. The dominoes are starting to fall, and it looks like the global economic crisis that has already started is going to accelerate as we head into the end of the year. At this point, global trade is already down about 8.4 percent for the year, and last week the Baltic Dry Shipping Index plummeted to a brand new all-time record low. Unfortunately for all of us, the Federal Reserve is about to do something that will make this global economic slowdown even worse.

Throughout 2015, the U.S. dollar has been getting stronger. That sounds like good news, but the truth is that it is not. When the last financial crisis ended, emerging markets went on a debt binge unlike anything we have ever seen before. But much of that debt was denominated in U.S. dollars, and now this is creating a massive problem. As the U.S. dollar has risen, the prices that many of these emerging markets are getting for the commodities that they export have been declining. Meanwhile, it is taking much more of their own local currencies to pay back and service all of the debts that they have accumulated. Similar conditions contributed to the Latin American debt crisis of the 1980s, the Asian currency crisis of the 1990s and the global financial crisis of 2008 and 2009.

Many Americans may be wondering when “the next economic crisis” will arrive, but nobody in Brazil is asking that question. Thanks to the rising U.S. dollar, Brazil has already plunged into a very deep recession…

As Brazilian president Dilma Rousseff combats a slumping economy and corruption accusations, the country’s inflation surged above 10 percent while unemployment jumped to 7.9 percent, according to the latest official data. The dour state of affairs has Barclays forecasting a 4 percent economic contraction this year, followed by 3.3 percent shrinkage next year, the investment bank said in a research note last week.

The political and economic turmoil has recently driven the real, Brazil’s currency, to multiyear lows, a factor helping to stoke price pressures.

And as I mentioned above, Brazil is far from alone. This is something that is happening all over the planet, and the process appears to be accelerating. One of the places where this often first shows up is in the trade numbers. The following comes from an article that was just posted by Zero Hedge…

“This market is looking like a disaster and the rates are a reflection of that,” warns one of the world’s largest shipbrokers, but while The Baltic Dry Freight Index gets all the headlines – having collapsed to all-time record lows this week – it is the spefics below that headline that are truly terrifying. At a time of typical seasonal strength for freight and thus global trade around the world, Reuters reports that spot rates for transporting containers from Asia to Northern Europe have crashed a stunning 70% in the last 3 weeks alone. This almost unprecedented divergence from seasonality has only occurred at this scale once before… 2008! “It is looking scary for the market and it doesn’t look like there is going to be any life in the market in the near term.”

Many “experts” seem mystified by all of this, but the explanation is very simple.

For years, global economic growth was fueled by cheap U.S. dollars. But since the end of QE, the U.S. dollar has been surging, and according to Bloomberg it just hit a 12 year high…

The dollar traded near a seven-month high against the euro before the release of minutes of the Federal Reserve’s October meeting, when policy makers signaled the potential for an interest-rate increase this year.

A trade-weighted gauge of the greenback is at the highest in 12 years as Fed Chair Janet Yellen and other policy makers have made numerous pronouncements in the past month that it may be appropriate to boost rates from near zero at its Dec. 15-16 gathering. The probability the central bank will act next month has risen to 66 percent from 50 percent odds at the end of October.

But even though the wonks at the Federal Reserve supposedly know the damage that a strong dollar is already doing to the global economy, they seem poised to make things even worse by raising interest rates in December…

Most Federal Reserve policymakers agreed last month that the economy “could well” be strong enough in December to withstand the Fed’s first Interest rate hike in nearly a decade, according to minutes of its meeting Oct. 27-28.

The officials said global troubles had eased and a delay could increase market uncertainty and undermine confidence in the economy.

The meeting summary provides the clearest evidence yet that a majority of Fed policymakers are leaning toward raising the central bank’s benchmark rate next month, assuming the economy continues to progress.

Considering the tremendous amount of damage that has already been done to the global economy, this is one of the stupidest things that they could possibly do.

But it looks like they are going to do it anyway.

It has been said that those that refuse to learn from history are doomed to repeat it.

And right now so many of the exact same patterns that we saw just before the great financial crisis of 2008 are playing out once again right in front of our eyes.

A lot of people out there seem to assume that once we got past the September/October time frame that we were officially out of “the danger zone”.

The truth is that we have already entered a new global economic downturn that is rapidly accelerating, and the financial shaking that we witnessed in August was just a foreshock of what is coming next.

Let us hope that common sense prevails and the Fed chooses not to raise interest rates at their next meeting.

Because if they do, it will just make the global crisis that is now emerging much, much worse.