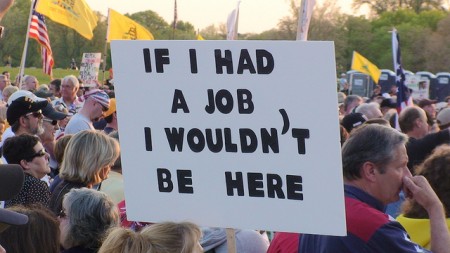 Even though the recession officially ended in 2009, median household income declined until 2012 (which suggests maybe we ought to reconsider the way we define recessions). The total decline from the peak in 2007 to the bottom in 2012 was 8.3%. For a family earning $50,000, that means they would have been getting by on $4,150 less per year.