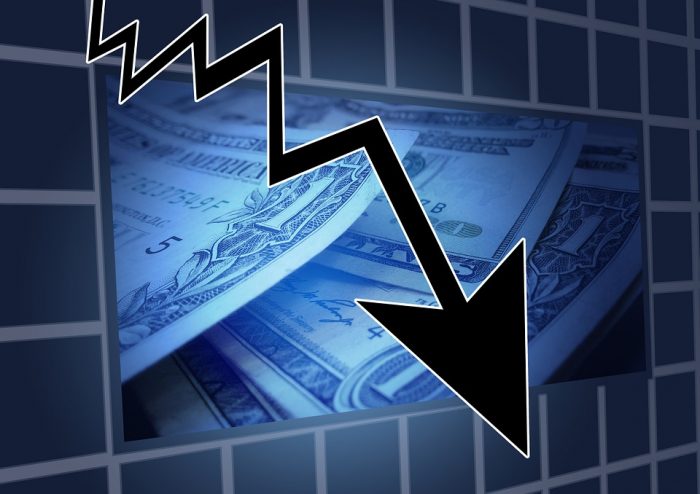 Will there be a major stock market crash before the end of 2017? To many of us, it seems like we have been waiting for this ridiculous stock market bubble to burst for a very long time. The experts have been warning us over and over again that stocks cannot keep going up like this indefinitely, and yet this market has seemed absolutely determined to defy the laws of economics. But most people don’t remember that we went through a similar thing before the financial crisis of 2008 as well. I recently spoke to an investor that shorted the market three years ahead of that crash. In the end his long-term analysis was right on the money, but his timing was just a bit off, and the same thing will be true with many of the experts this time around.

On Monday, I was quite stunned to learn what Brad McMillan had just said about the market. He is considered to be one of the brightest minds in the financial world, and he told CNBC that stocks would need to fall “somewhere between 30 and 40 percent just to get to fair value”…

“The market probably would have to drop somewhere between 30 and 40 percent to get to fair value, based on historical standards,” said McMillan, chief investment officer at Massachusetts-based Commonwealth Financial Network.

McMillan’s analysis is very similar to mine. For a long time I have been warning that valuations would need to decline by at least 40 or 50 percent just to get back to the long-term averages.

Meanwhile, trouble signs for the real economy continue to erupt. As noted in the headline, it appears that Toys R Us is on the brink of bankruptcy…

Toys R Us has hired restructuring lawyers at Kirkland & Ellis to help address looming $400 million in debt due in 2018, CNBC had previously reported, noting that bankruptcy was one potential outcome.

Earlier Monday, Reorg Research, a news service focused on bankruptcy and distressed debt, reported Toys R Us could file for bankruptcy as soon as Monday.

This is yet another sign that 2017 is going to be the worst year for retail store closings in U.S. history. I don’t know how anyone can look at what is happening to the retail industry (or the auto industry for that matter) and argue that the U.S. economy is in good shape.

But most Americans seem to base their opinions on how the economy is doing by how well the stock market is performing, and thanks to relentless central bank intervention, stock prices have just kept going up and up and up.

In so many ways, what we are watching today is a replay of the dotcom bubble of the late 1990s, and this is something that McMillan also commented on during his discussion with CNBC…

Part of McMillan’s thesis is rooted in his belief that the lofty levels of the so-called FANG stocks — Facebook, Amazon, Netflix and Google-parent Alphabet — seem reminiscent of the dot-com bubble in the late 1990s.

“I’ve been saying for about the past year, this year looks a lot like 1999 to me,” McMillan said on “Squawk Box.” “If you look at the underlying economics [and] if look at the stock market, the similarities are remarkable.”

I am amazed that so many big names continue to issue extremely ominous warnings about the financial markets, and yet most Americans seem completely unconcerned.

It is almost as if 2008 never happened. None of our long-term problems were fixed after that crisis, and the current bubble that we are facing is far larger than the bubble that burst back then.

I don’t know why more people can’t see these things. It has gotten to a point where “even Goldman Sachs is getting worried”…

The stock market bubble is now so massive that even Goldman Sachs is getting worried.

Let’s be clear here: Wall Street does best and makes the most money when stocks are roaring higher. So in order for a major Wall Street firm like Goldman to start openly worrying about whether or not the markets are going to crash, there has to be truly MASSIVE trouble brewing.

When things fall apart this time, it is going to be even worse than what we went through in 2008. In the aftermath, we are going to need people that understand that we need to fundamentally redesign how our system works, and that is something that I hope to help with. We cannot base our financial system on a pyramid of debt, and we cannot allow Wall Street to operate like a giant casino. Our entire economy has essentially become a colossal Ponzi scheme, and it is inevitable that it is going to come horribly crashing down at some point.

But for now, the blind continue to lead the blind, and most Americans are not going to wake up until we have gone over the edge.