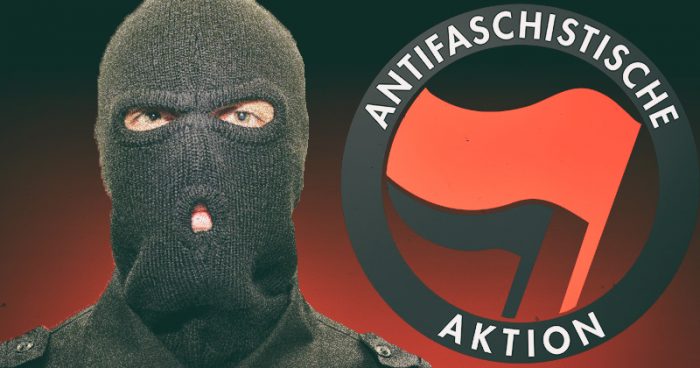 A bill proposed in the U.S. House of Representatives known as the “Unmasking Antifa Act of 2018” would seek to criminalize “committing certain offenses while in disguise.”

The bill is being proposed by Rep. Dan Donovan (R-NY), Rep. Peter King (R-NY), Rep. Paul Gosar (R-Ariz.), and Rep. Ted Budd (R-N.C.). The bill was introduced in June, but it received a push from conservative commentator Mike Cernovich, who retweeted Mic reporter Jack Smith IV on Tuesday. They called on people to contact their representatives to vote for the bill. A number of local Antifa groups, including the Rose City Antifa, posted their disdain about the proposal on social media.

Under the act, anyone wearing a mask who injures, threatens, intimidates, or oppresses people “in the free exercise or enjoyment of any right or privilege” will be imprisoned for up to 15 years.

The bill’s name makes reference to Antifa, the far-left extremist group that frequently advocates using violence and sparks riots to block conservative speakers and events. Antifa often use black masks and are clad in all black.

The bill reads: “Whoever, whether or not acting under color of law, while in disguise, including while wearing a mask, injures, oppresses, threatens, or intimidates any person in any State, Territory, Commonwealth, Possession, or District in the free exercise or enjoyment of any right or privilege secured to him by the Constitution or laws of the United States, or because of his having so exercised the same, shall be fined under this title, imprisoned not more than 15 years, or both.”