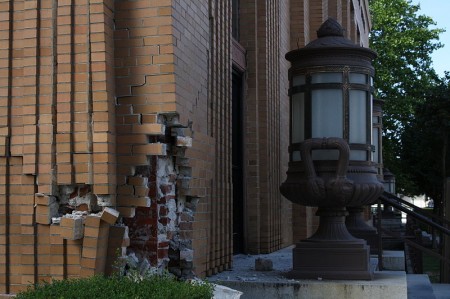 North Bay residents who were shaken by Sunday morning’s South Napa Earthquake haven’t been given much of a chance to settle down, based on United States Geological Survey measurements of seismic activity in the area.

In just over 24 hours following the 3:20 a.m Sunday earthquake the USGS recorded 124 minor quakes and counting in the area. The seismic activity is clustered around the epicenter and to the north near the Geysers, a region known for regular ground shaking.  The largest of the tremors was 3.6 magnitude, just hours after the initial earthquake.

Many of the smaller quakes likely weren’t felt by anyone, some measuring lest than a full magnitude point.