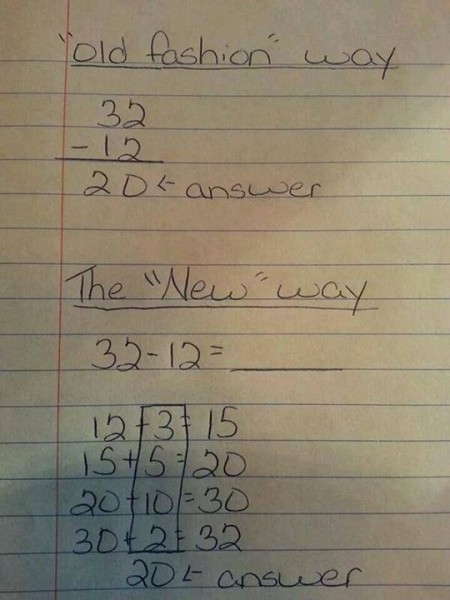 A Common Core teacher took nearly a minute to solve a simple math problem which could easily be solved by children in a few seconds.

In a “Homework Helper” video filmed for a Buffalo, N.Y., news station, the teacher, Ilene Ryan, takes 56 seconds to explain how to add 9 plus 6.

After the video was uploaded on YouTube, viewers were quick to criticize her lesson.

“Let me explain why this is bad,” wrote pastorart1974. “The young Marine, on the battlefield, knows his rifle has a 15 round clip; he has fired six rounds already, and his sergeant asks how many rounds he has left. During the Vietnam War, the Marine replies, nine!”

“In our next war, by the time our young Marine figures out the answer, he and his sergeant would have been killed by the enemy.”