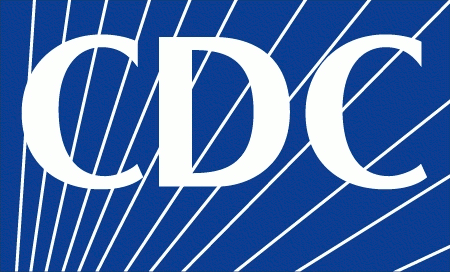 Are you ready for the possibility of an Ebola pandemic that will interrupt the day-to-day life of most Americans?

Because now, the CDC has issued a checklist and said that “Now is the time to prepare.”

You can read the entire document HERE. As well, the state department has purchased 160,000 Ebola Hazmat suits.

The checklist is a directory for hospitals and medical personnel.

“Every hospital should ensure that it can detect a patient with Ebola, protect healthcare workers so they can safely care for the patient, and respond in a coordinated fashion…

While we are not aware of any domestic Ebola Virus Disease cases (other than two American citizens who were medically evacuated to the United States), now is the time to prepare, as it is possible that individuals with EVD in West Africa may travel to the United States, exhibit signs and symptoms of EVD, and present to facilities.”

The World Health Organization and other agencies have gone to great lengths to avoid releasing information that might cause a panic. You can bet that if they’ve gone so far as to issue this warning, things are about to get real.

The state department has purchased 160,000 Ebola Hazmat suits. If the government is getting ready for an outbreak, shouldn’t you get ready too?

Are you prepped for a pandemic?

Last month, I wrote an article expressing my concern that the virus was going to rampage across the country. In it, I suggested that the best way to survive unscathed was to go into lockdown with your family:

This Ebola thing could go bad in a hurry. And by bad I mean that it has killed well over half of the people who’ve contracted it in West Africa. Not only do we have the possibility of Ebola to contend with, but several varieties of plague are also on the uptick over the past couple of months, something that has been put on the back burner due to the fear of Ebola. A city in China was locked down last week due to the Bubonic Plague and the Black Plague caused one man to die and 3 more people to become ill in Colorado last month.

If the situation hits close enough to home that you decide to go it’s time to isolate yourselves, the rules to this are intractable.

No one goes out. No one comes in.

I know this sounds harsh, but there are to be no exceptions. If you make exceptions, you might as well go wrestle with runny-nosed strangers at the local Wal-Mart and then come home and hug your children, because it’s the same thing.

That means if a family member shows up, they have to go into quarantine for at least 4 weeks, during which time they are not allowed access to the home or family, nor are they allowed to go out in public.  Set up an area on your property that is far from your home for them to hang out for their month of quarantine. If at the end of the month they are presenting no symptoms, then they can come in.

It sadly means that you may be forced to turn someone away if they are ill, because to help them means to risk your family.

Now is the time to plan with your preparedness group how you intend to handle the situation. Will you shelter together, in the same location, and reserve a secondary location to retreat to if the situation worsens further or if someone becomes ill? Will you shelter separately because of the nature of the emergency?  Decide together on what event and proximity will trigger you to go into lockdown mode. Make your plan and stick to it, regardless of pressure from those who think you are over-reacting, the school that your children have stopped attending, and any other external influences. If you’ve decided that there is a great enough risk that you need to go into lockdown, you must adhere to your plan. (source)

At about the same time, Mac Slavo of SHTFplan sounded the warning as well. He wrote:

What’s most bizarre and frustrating about all of this is that neither the U.S. government or the Centers for Disease Control have provided any actionable information or advice to the American public. They maintain that they have the facilities to stop any such outbreak and continue to tout the narrative that there is nothing to fear, because they have it all under control.

Should even one single case pop up in a random U.S. city, that narrative will fall apart instantly. If someone in Georgia, Ohio, New York or any other state checked themselves into a hospital and are found to be infected with Ebola it will prove without a shadow of a doubt that all CDC containment efforts have failed.

In such an instance where Ebola is found to be in the “wild” anywhere in the continental United States you can be certain that panic will follow. When it does, the CDC and Homeland Security will likely announce a number of precautions that we need to take. Those precautions are going to include supply lists and strategies. (source)

Today, Slavo’s prediction came true with the release from the CDC.

What You Need Right Now

Right now, before panic ensues, you need to ensure that you have everything you need to survive as though the world we know has ended. You need to be prepared to stay in your home for weeks, if not months. You need to be ready for a potential disruption of services.

Best case scenario: You get these supplies,  the outbreak never occurs, and you can dole them out into your regular usage or stash them with your prepper stockpile while snickering at the crazy preppers.

Worst case scenario: You read this warning, you do nothing, and then the outbreak occurs. You realize that the prepper folks aren’t so crazy after all. But by then, it will be too late to stock up.

Following is a list of supplies that you may soon need:

In the event you have no choice but to leave your home, Mac Slavo recommends the following:

If you’re forced to exit your home, you’re going to want to be fully protected, and that includes covering your hands, eyes, nose, and mouth.

In addition to the N-95 respirator masks mentioned above, you may also consider upgrading to the more expensive N-100 respirators recommended by the World Health Organization.

Or, go with a full facemask. Insofar as your preparedness efforts are concerned, you may also be able to kill two birds with one stone here and go with a full face mask that includes NBC (Nuclear, Biological, Chemical) protection like the US-made NATO SGE 400/3 Military Gas Mask.  If going with such a mask, be sure to include some NBC filters.

If a family member becomes ill, Tess Pennington of  Ready Nutrition recommends building a sick room that can be used to isolate suspected infections or even to be used as a quarantine/observation area for friends and family who may be coming to your home as part of your group lockdown plan.

Don’t wait until it’s too late. By the time the CDC gets around to offering checklists to the rest of us, items like these will be in short supply. If you are unprepared, you’ll be at the mercy of organizations like FEMA, who will be doling out water bottles and MREs to those who are likewise hungry and thirsty.