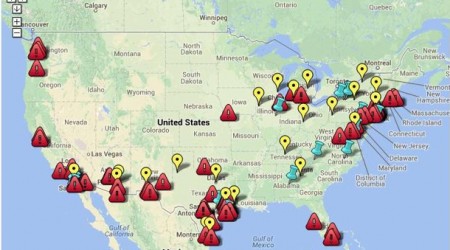 Eyewitnesses at dozens of points across the United States have begun working together to track down where the tens of thousands of illegal alien children from Central America are ending up, because the federal government won’t disclose many details of its handling of the immigration crisis.

The information is being presented on an interactive map published by NumbersUSA, an organization that seeks to return immigration to traditional levels.

Even top government leaders have been caught off guard.

Sen. Mark Kirk, a Republican from Illinois, said he did not know the locations of children being held in Illinois, Fox News reported.

He believes the White House does not want such information to be made public.