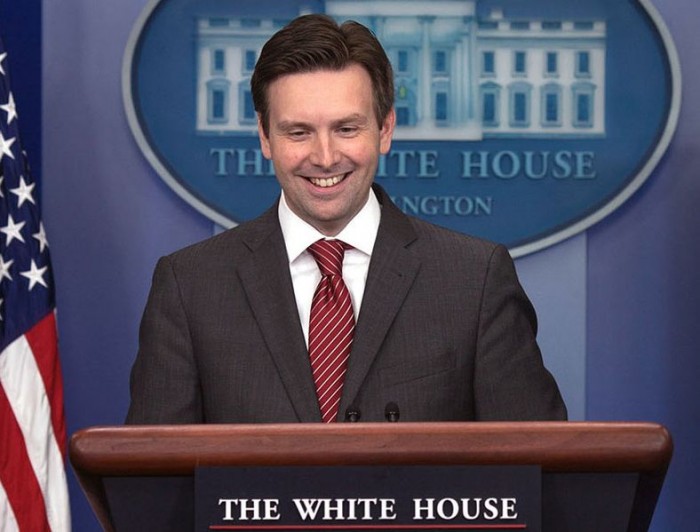 During Monday’s daily press briefing, White House Press Secretary Josh Earnest effectively told World War II veterans who may be angry that Japanese Prime Minister Shinzo Abe will visit Pearl Harbor without offering an apology they should get over it.

Wednesday is the 75th anniversary of the Japanese sneak-attack bombing of the U.S. naval base at Pearl Harbor, which claimed the lives of 2,403 Americans and injured 1,178 others.