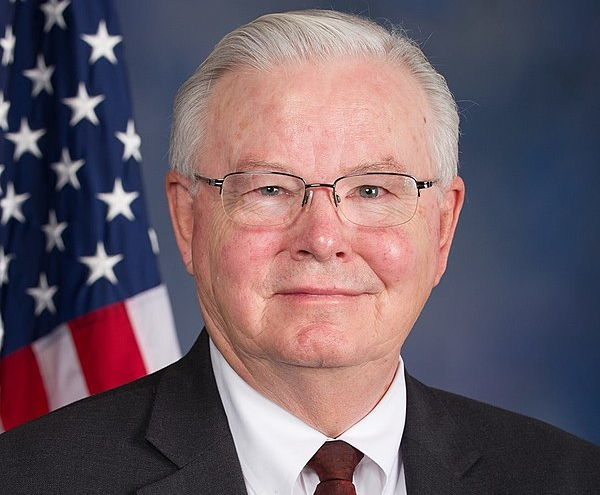 I wish that I had never seen the nude photo of U.S. Representative Joe Barton that is circulating around the Internet like wildfire. It is a photo that he took of himself and sent to a woman that he was not married to, and even though his private area is censored in the photo, it is still one of the most horrifying things that I have ever seen. I am not going to share that photo in this article, and I very highly suggest that you do not go looking for it. Joe Barton has already admitted that he took this photo of himself, and this type of behavior is completely unacceptable for a sitting member of Congress. Barton must resign, and he must resign immediately.

In recent days many of us have greatly criticized the sexual misconduct of Democrats, and we must continue to do so.

But we would be hypocrites if we were to ignore the filth in our own house.

I am running for Congress in Idaho’s first congressional district, and I am very much hoping that Barton will be long gone before I ever get to Washington. He has brought great shame upon our party, and nobody can argue that he will be able to serve as an effective member of Congress after something like this.

In the first statement that he released about this photo, Barton said that he wished that he had used “better judgment” and that he is “sorry that I let my constituents down”…

In a statement released to The Dallas Morning News, the longtime Republican lawmaker said the image — which first surfaced on social media earlier this week — was taken in recent years while separated from his former wife.

“While separated from my second wife, prior to the divorce, I had sexual relationships with other mature adult women,” Barton, who is twice-divorced, said in the statement. “Each was consensual. Those relationships have ended. I am sorry I did not use better judgment during those days. I am sorry that I let my constituents down.”

Is he trying to say that it was okay for him to have “sexual relationships with other mature adult women” while he was still married?

And does he believe that what he did is morally wrong? That is very unclear from this statement.

What we do know is that he does not plan to resign. The following comes from NBC News…

When asked if he planned to step down, Barton spokeswoman Sarah Dodd told NBC News: “He is not resigning.”

That is not acceptable. Republican leadership needs to confront Barton and let him know that it is time for him to go.

You know, there will be some that will criticize me over this article because I am “attacking a fellow Republican”.

But if we allow this kind of garbage to go on unchallenged in our own house, then we have no right to criticize the Democrats for what they have been doing.

And without a doubt, there is much more of this type of thing happening on the other side of the aisle. For example, we have now learned that John Conyers was using taxpayer money to fly women into Washington D.C. to have sex with him…

One affidavit from a former female employee states that she was tasked with flying in women for the congressman. “One of my duties while working for Rep. Conyers was to keep a list of women that I assumed he was having affairs with and call them at his request and, if necessary, have them flown in using Congressional resources,” said her affidavit. (A second staffer alleged in an interview that Conyers used taxpayer resources to fly women to him.)

John Conyers is one of the biggest “swamp creatures” out there, and he needs to resign immediately as well.

And more footage continues to emerge of “creepy uncle Joe Biden” acting very inappropriately around women and young children. After all that has been revealed about him, there is no way that he should be allowed to run for political office ever again, and yet many prominent Democrats keep bringing his name up as a potential presidential candidate in 2020.

The corruption in D.C. is completely and utterly out of control, and I am so glad that some of it is now being exposed.

My hope is that the American people are being absolutely sickened by what they are seeing, and that hundreds of these “swamp creatures” will be voted out of office in 2018.