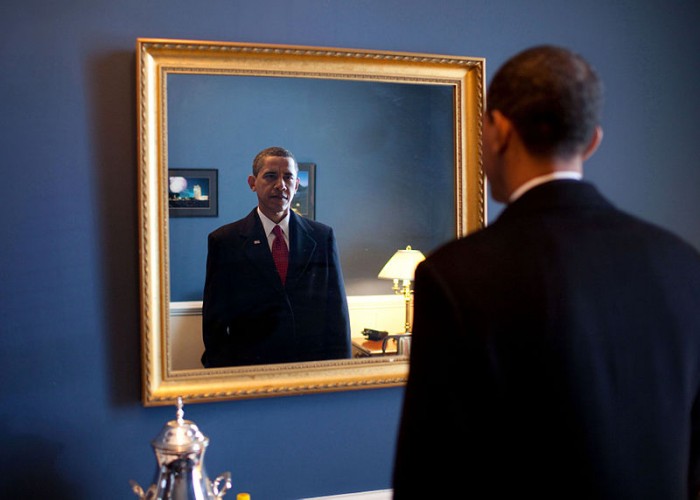 As you read this article, Christians are being openly persecuted in more than 60 nations. Churches are being burned, believers are being hunted down and imprisoned, and violent mobs are beating and killing those that dare to say that Jesus is Lord. And thanks to ISIS, the persecution of Christians has risen to frightening new levels in 2015. In recent months, our news sources have been filled with headlines about Christians that are being beheaded, crucified and buried alive by ISIS. According to U.S. Representative Frank Wolf, what is happening to Christians in the Middle East actually meets the United Nations definition of “genocide”. So what is Barack Obama doing about all of this? Sadly, he is essentially doing next to nothing. He has been nearly silent as the acts of mass violence just keep piling up. This silence has outraged many on both the left and the right, and yet Obama just continues to keep quiet. What are we supposed to make of that?

Just consider an example from earlier this week. A group of angry Muslims threw twelve innocent Christian migrants into the Mediterranean Sea resulting in their deaths, but Obama apparently does not believe that it is important enough to talk about. The following is from an editorial that Kirsten Powers penned for USA Today…

If a Christian mob on a ship bound for Italy threw 12 Muslims to their death for praying to Allah, does anyone think the president would have been so disinterested? When three North Carolina Muslims were gunned down by a virulent atheist, Obama rightly spoke out against the horrifying killings. But he just can’t seem to find any passion for the mass persecution of Middle Eastern Christians or the eradication of Christianity from its birthplace.

When violence is perpetrated against a group of people that Obama is inclined to protect, he is all over it. But when it comes to the most persecuted faith on the planet, the best that Obama can do is mumble a few half-hearted words once in a while…

The president’s mumblings about the atrocities visited upon Christians (usually extracted after public outcry over his silence) are few and far between. And it will be hard to forget his lecturing of Christians at the National Prayer Breakfast about the centuries-old Crusades while Middle Eastern Christians were at that moment being harassed, driven from their homes, tortured and murdered for their faith.

And when it comes to the global persecution of Christians, the leadership of the White House matters.

As Erik Rush recently observed, the tone of this White House regarding minority Christians populations around the globe has been far different than we have seen from previous administrations…

While the diplomatic dynamics behind the following may be news to many, it is a fact that over many presidential administrations, nations with minority Christian populations (particularly in the Middle East) were always made aware that our foreign policy concerning them would be to some extent predicated on the treatment of Christians thereof.

All that changed when Barack Hussein Obama ascended to the presidency, and the testimony of Christians living in these nations bears this out. Even excluding such extreme examples as the Muslim Brotherhood’s rise to power in Egypt (after which Christians were being crucified in the streets), the general deportment of Islamic governments in the region with regard to Christians changed from one of grudging tolerance to abject persecution. As we can readily observe now in the region, as well as in Islamic African nations, the violent persecution of Christians has practically become a new national pastime.

In other words, Obama’s silence on Christian persecution has been a signal that it is open season on Christians, and those that hate Christians around the world have responded appropriately.

Fortunately, we still have a few national leaders that are willing to stand up for Christians around the world. One of them, U.S. Representative Frank Wolf, says that what ISIS is doing to Christians in the Middle East meets the official United Nations definition of genocide…

“It is genocide. It meets the test of genocide,” Wolf said, citing accepted United Nations parameters for the practice.

In Wolf’s estimation, and that of many Americans of conscience, the Obama administration’s failure to weigh in on this atrocity in any manner whatsoever is an abject disgrace.

And let’s remember – this is not just happening in the Middle East, and it is not just Muslims that are doing this.

The persecution of Christians has become a truly global phenomenon, and sometimes the most brutal incidents are in places that we would not even think of.

For example, there was a brutal attack on Christians in India by Hindu extremists on April 8th…

So what were those Christians doing wrong?

They were just holding a meeting.

And these Hindu extremists didn’t just attack men. According to one news report, they were even beating women and children…

Hindu extremists from the Rashtriya Swayamsevak Sangh (RSS) and the Bajrang Dal charged into the evangelistic meeting on the final day of the three-day event at about 9:30 p.m. Shouting “Jai Shri Ram [Praise Lord Ram],” the Hindu extremists led by local leaders of the RSS and Bajrang Dal attacked the Kristhu Suvartha Ujiva congregation, beating pastors, women, children and the aged while insulting their faith.

Sadly, this is nothing new for this part of India. Last year, there were 15 violent attacks against Christians in that exact area.

What I want to share with you next is the kind of speech that we would be hearing if we had a good man in the White House. This speech was recently delivered by author Jonathan Cahn at the United Nations, and it is extremely moving…

We like to point to atrocities throughout history and talk about how we would have done things differently if we had been there.

But we are watching a major atrocity unfold right in front of our eyes here in 2015, and our government is just standing by and letting it happen.