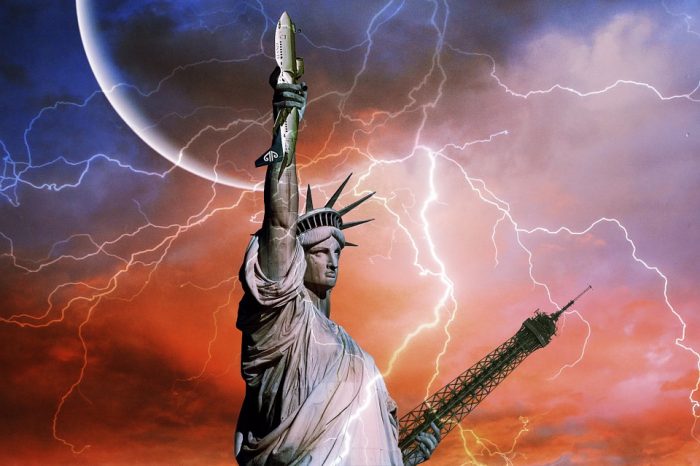 If Dr. Patricia Green is correct, America is about to be shaken like we have never seen before.  And considering her track record, I would take what she has to say very seriously.  She correctly prophesied in advance that Donald Trump would win the election in November.  If you are not familiar with this prophecy, you can find it on a video that she published on September 28th right here.  She also correctly prophesied Barack Obama’s first election victory in advance, and she did it at a time when Hillary Clinton was expected to get the Democratic nomination.  So unlike many other “prophets” that are floating around these days, she has a very long track record of being accurate.

In her latest video, she says that God told her that a great shaking will soon come to America and that many churches will fall.  The following excerpt from her prophecy comes from Z3News.com…

If you would like to watch the entire video, you can find it on YouTube right here.

Dr. Green’s message immediately got my attention because it very closely mirrored what I have been proclaiming.  I have been heralding the “shaking” that is coming and the “revival” that will follow on television, on the radio, in my latest book The Rapture Verdict, and in my articles.  Here is just one brief example…

Many are hoping for a great move of God instead of shaking.  But the truth is that we should be thankful for the shaking that is coming because it will shake many into the Kingdom.

If we want to make it through the shaking that is coming, we have no other choice but to walk in holiness.

It is easy to point the finger at others, but the truth is that each one of us needs to closely examine our own lives to make sure that we are living the way that we should.

Dark days are ahead for this nation. It is set in motion—the wheels are turning, and in time the very things spoken, concerning the events leading up to the last days, will come. A pendulum is swinging, and it is chiming out the hours. The very walls of justice will erupt. Confusion and calamity is seen upon the very steps of the White House.

And as I have written about previously, there are many other prophetic voices that are saying the same thing.

Many believe that the church in America is in “good shape”, but the numbers say otherwise.  For instance, a new Barna Group study found that only about ten percent of all Americans have a “Biblical worldview”, and for Millennials the number was less than half of that…

They found that while more than seven out of 10 Americans call themselves Christians, just one out of every 10 were able to answer basic questions about the Bible and the faith.

The number is low among young Americans as well.

Only four percent of millennials aged 18-29 scored 80 percent or higher on a survey asking questions about their faith.

How can anyone possibly claim that the church is in “good shape” after seeing that kind of data?

Judgment begins with the house of God, and there are so many out there that have refused to listen to the warnings even after many of us have pleaded with them to listen time after time with great love in our hearts.

But there are also many that have heeded the call, and in these last days God is raising up a mighty Remnant that will do great exploits.  The move of God that is coming will not have anything in common with the watered-down, lukewarm, wimpy “churchianity” that so many of us have become accustomed to seeing.

In the times that are coming, we are going to need believers that are willing to be bold, strong and militant.  I really like how Larry Alex Taunton made this point in an article for Fox News…

My father, a career soldier, had a phrase he liked to employ whenever he saw a man behave in a manner that was less than manly.  He would say something like, “That was candy-assed.”  Of course, my father didn’t invent the idiom, but in his use of it you didn’t need further explanation.  You knew exactly what he was talking about.

The term fits the kind of Christianity that has infected the Church and sapped it of its vitality and strength.  The expression might offend the sensibilities of some of my readers to which I can only say, it might fit you.

I urge you instead to be offended by the way our God’s name is blasphemed in our country every day; by the 54 million children murdered in the holocaust of abortion since 1973; by the sordid sexual agenda that is eroding the very fabric of Western civilization; by the fact that Christians are dying for their faith, largely at the hands of Muslims, at a rate of 100,000 per year; and, most of all, by the reality that these things are being ignored, trivialized, or celebrated.

Yes, a great shaking is coming, but God is not warning us about these things so that we will be afraid.

Rather, we are being warned so that we will not fear.

God is in control, He knew about all of this in advance, and He has a plan.

And even in the midst of all the darkness, this is going to be the Remnant’s finest hour.

Without a great shaking there would be no widespread revival, so we should embrace the shaking that is coming because it will help spark what I believe will turn out to be the greatest move of God the world has ever seen.