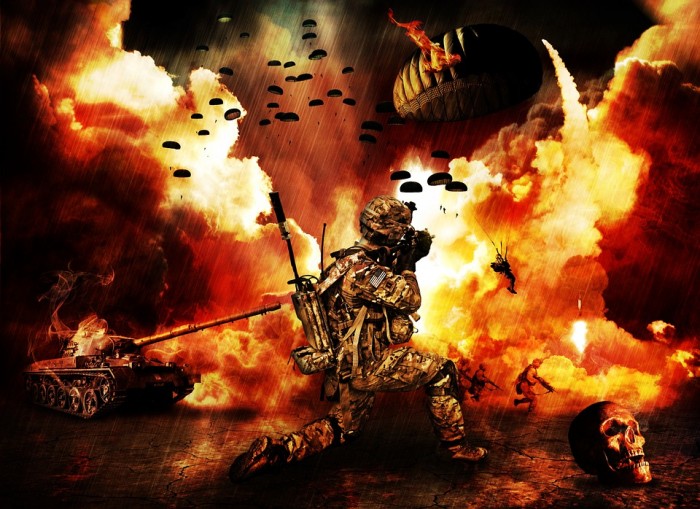 The invasion of Syria that so many people have been warning about is now happening. On Wednesday, Turkish tanks rolled across the Syrian border, and they were accompanied by radical Islamic Syrian rebels that want to ultimately overthrow the Assad regime. This invasion was conducted under the code name “Euphrates Shield”, and it was supported by airstrikes from A-10s and F-16s that are part of the U.S.-led coalition that has been conducting airstrikes against ISIS targets in the region. The mainstream media in the United States has been very quiet about this escalation of the conflict in Syria, but things are much different in the rest of the world. For example, a major Israeli news source announced the attack this way: “Turkey invades Syria“. And without a doubt, that is precisely what is taking place. The Syrian government denounced this move by Turkey as a “blatant breach to its sovereignty”, and the Russians are deeply alarmed. The farther Turkish forces push into northern Syria, the more likely they will be to encounter Syrian or Russian forces, and one bad move could result in the outbreak of World War 3 in the Middle East.

The fact that the U.S. media is treating this invasion of Syria as if it is of little importance is deeply disturbing. These days, the big news channels are obsessed with feeding us propaganda about how “healthy” Hillary Clinton is, or about how “racist” Donald Trump is, and they spend exceedingly little time on the things that really matter all over the globe.

Fortunately, it is not the same way around much of the rest of the planet. Here is an excerpt from a British news source about the Turkish attack…

It is hard to anticipate whether Turkey’s unprecedented military incursion into Syria this week will change the dynamics of the multiple wars that have ravaged the region and put civilians through hell. If things already seemed complicated in the Middle East, they may have just become even more so. What started on Wednesday ranks as the largest Turkish military operation inside Syrian territory since the civil war began five years ago. A dozen tanks, reportedly followed by a bus transporting Syrian rebels, rolled into northern Syria to drive Islamic State forces from the town of Jarablus, one of their last footholds on the Turkish-Syrian border. Today Turkey sent more tanks in and told the YPG Kurdish armed group it had one week to retreat from the border areas.

We are being told that the primary purpose of this Turkish invasion is “to fight ISIS”, but that is just for western consumption. The truth is that Turkey has actually been supporting ISIS and other terror groups in Syria for a very long time. In fact, it has been heavily documented that ISIS sold hundreds of millions of dollars worth of stolen oil through Turkey until the Russians put a stop to it.

No, the real motivation for this assault is to stop the advance of Kurdish forces. Turkish Foreign Minister Mevlut Cavusoglu recently promised that Turkey would “do what is necessary” to keep Kurdish fighters east of the Euphrates River, and even President Erdogan is admitting that the Kurds are primary targets in this operation…

“(Wednesday’s operation) started in the north of Syria against terror groups which constantly threaten our country, like (ISIS) and the PYD,” Erdogan said, referring to a Syrian Kurdish opposition political party.

And U.S. officials know exactly what Erdogan is doing. Just check out what one of them told CNN…

Another senior US official told CNN’s Barbara Starr the US assessment is that Turkey’s cross-border action is largely about trying to stop Kurdish action. “The Turks never cared about Jarablus until the Kurds wanted to get there,” the official said.

So now the Turks have declared open season on the Kurds in northern Syria, and the Syrian Kurds are treating this move as “a declaration of war”…

Spokesman for the YPG Kurdish militia, Redur Xelil, called Turkey’s move “blatant aggression in Syrian internal affairs.” Aldar Xelil, another influential Kurdish politician, accused Turkey of initiating an occupation of Syria, saying the operation amounted to “a declaration of war” on the autonomous administration set up by Kurdish groups in northern Syria in 2011.

According to the Turkish government, Operation Euphrates Shield will “create a safe zone” that will be 90 kilometers long and 40 kilometers wide that stretches roughly from the town of Jarablus to the town of Marea.

That is a massive amount of territory, and this basically shows that the Turks plan to set up shop there permanently.

President Erdogan and his supporters have always dreamed of recreating the old Ottoman Empire, and they already have military forces occupying portions of northern Iraq. This move into northern Syria is yet another bold move in the direction of their ultimate goal.

But will the Russians just stand by and allow the Turks to do whatever they want?

So far the Russians are not saying much, but Vladimir Putin has ordered snap military drills…

Combat readiness exercises are taking place “to defend the interests of the Russian Federation amid increasing threats to its security,” Defense Minister Sergei Shoigu said Thursday in a statement on the ministry’s website. Troops in Russia’s southern, central and western military districts, naval deployments in the Black Sea and Caspian Sea, and airborne forces are involved, he said.

The Russians don’t want to fight Turkish forces in Syria, but as they have shown in Crimea, in Ukraine and elsewhere, they are definitely not afraid to take military action when their interests require it.

And if Russia and Turkey do start fighting, that would threaten to drag the rest of NATO (including the United States) into the conflict.

Turkey has been chomping at the bit to start grabbing chunks of territory in northern Syria for quite some time now, but this invasion is going to turn out to be a tragic mistake.

President Erdogan has definitely overplayed his hand this time, and let us just hope that it doesn’t result in World War 3 erupting in the Middle East.

6 thoughts on “World War 3 Imminent? Tanks Roll Across The Border As Turkish Invasion Of Syria Begins”