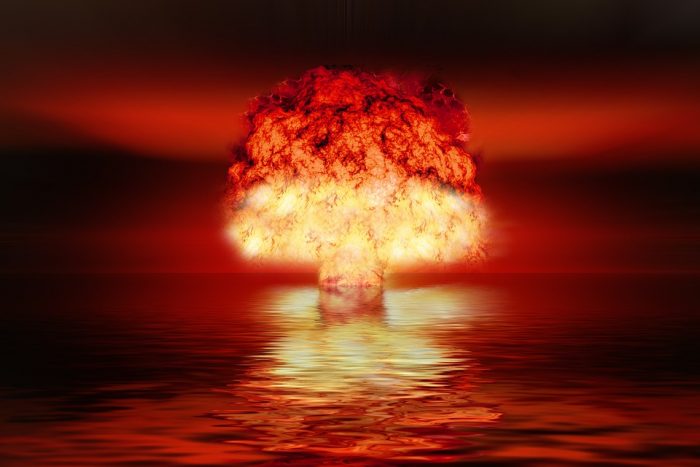 After North Korea successfully tested a hydrogen bomb on Sunday, U.S. Secretary of Defense James Mattis warned that the United States is more than capable of “the total annihilation of a country”. Unfortunately, the North Koreans may have already gotten to the point where they are capable of the same thing. Just a handful of North Korean nukes could kill millions of people and render the largest cities in South Korea or Japan completely uninhabitable, and so a nuclear war with the North Koreans should be avoided at all costs. Sadly, global events seem to be relentlessly pulling us in that direction.

According to the U.S. Geological Survey, a magnitude-6.3 earthquake was registered in North Korea at the same time that the North Koreans claim that they conducted a “perfect” test of a hydrogen bomb. This test was reportedly 10 times more powerful than North Korea’s last nuclear test, and the North Koreans are also claiming that this bomb was small enough to be fitted on an inter-continental ballistic missile.

North Korea should have never been allowed to get to this point. But the Clinton, Bush and Obama administrations just kept kicking the can down the road year after year, and now we are facing a crisis with no good solution. Because it is absolutely unthinkable for us to allow North Korea to have an entire fleet of nuclear missiles capable of hitting targets in the United States, but it is also absolutely unthinkable to start a war in which potentially tens of millions of people could die.

North Korea is honeycombed with very deep underground tunnels. Even if we knew exactly how many nukes North Korea has, and even if we knew where they all were, there is still no possible way that we could get them all with a first strike.

But even if we could, North Korea is entirely capable of killing millions in South Korea and Japan with chemical, biological and conventional weapons. Before he left the White House, Steven Bannon had the following to say about the situation that we are facing on the Korean peninsula…

“Until somebody solves the part of the equation that shows me that ten million people in Seoul don’t die in the first 30 minutes from conventional weapons, I don’t know what you’re talking about, there’s no military solution here, they got us,” Bannon told the American Prospect.

In this case, Bannon is exactly correct, and any members of Congress that would suggest differently are simply lying to you.

At this moment, there is no military solution to the North Korean crisis, but our top military leaders continue to talk as if there is…

US Defense Secretary James Mattis vowed “a massive military response” to any threat from North Korea against the United States or its allies in a statement outside the White House after a meeting with President Donald Trump, Vice President Mike Pence and top national security advisers Sunday.

Mattis said Trump wanted to be briefed on each of the “many military options” for dealing with the North Korean nuclear threat.

In fact, Mattis went so far as to suggest that the “total annihilation” of North Korea is a potential option…

“We are not looking to the total annihilation of a country, namely North Korea, but as I said, we have many options to do so.”

As he was leaving church on Sunday, President Trump also suggested that a pre-emptive strike on North Korea is very much on the table…

As he left church, Trump was asked, “Will you attack North Korea?”

In addition, on Twitter Trump warned that he was considering “stopping all trade with any country doing business with North Korea”…

The United States is considering, in addition to other options, stopping all trade with any country doing business with North Korea.

Of course China is North Korea’s biggest trade partner, and if we immediately tried to cut off all trade with China it would throw the global economy into a nightmare scenario.

But a trade war with China is not our only concern. Last month, The Global Times (a Chinese state newspaper) threatened the United States with a shooting war if it attempted to bring about regime change in North Korea…

‘If the US and South Korea carry out strikes and try to overthrow the North Korean regime and change the political pattern of the Korean Peninsula, China will prevent them from doing so.’

This is the tensest that things have been on the Korean peninsula since the Korean War ended in 1953.

One false move and literally tens of millions of people could die.

Most Americans have absolutely no idea what a military conflict with North Korea would mean. We are talking about death and destruction on a scale that would be absolutely unprecedented. The following is an excerpt from one of my previous articles…

Could you imagine what would happen if a North Korean nuke hit Tokyo or Seoul?

Even one nuke could kill millions in those densely populated cities, and financial markets all over the world would almost instantly implode.

And North Korea also has some of the largest chemical and biological weapons stockpiles on the entire planet. Within moments of an attack, thousands of North Korean artillery pieces and rockets would start raining fire on Seoul, and even just a few chemical or biological warheads would cause immense devastation in that city of about 10 million people.

In addition, North Korean forces are poised to invade South Korea at literally any moment, and the only way that South Korea could survive such an invasion would be direct intervention by U.S. forces.

These are nightmare scenarios that most Americans never even consider, but they would be very real possibilities in the event that we go to war with North Korea.

Sometimes a military option is the best option, but this is not one of those cases.

There is no way that a military strike on North Korea would end well, and our top brass already knows this.

So let us hope that cooler heads prevail, because at this moment we are literally standing on the brink of World War 3.

3 thoughts on “World War 3? The United States And North Korea Stand On The Brink Of A Nuclear War”