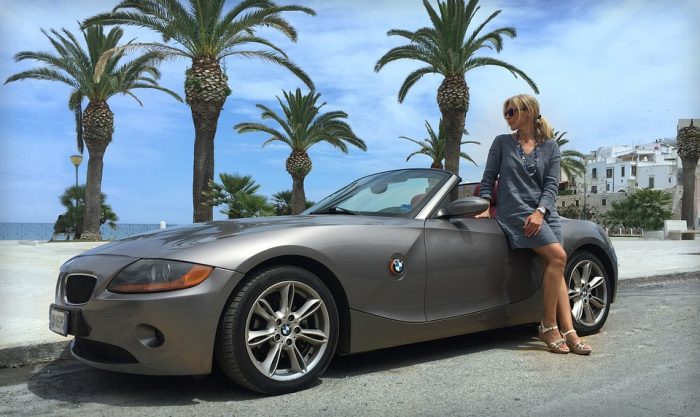 What would you do with 128 million dollars? Many people like to daydream about winning the lottery, and I have to admit that when I was much younger I would do the same thing. If you were suddenly financially set for life, you could quit your job, buy your dream home, travel the world and spend your days doing whatever you felt like doing. We only get one trip through this crazy journey called life, and an enormous mountain of cash could make the journey a whole lot nicer. So if you could steal 128 million dollars and be absolutely certain that you could get away with it, would you do it?

But let’s turn this around for a moment.

What if someone stole 128 million dollars from you?

How would you feel about that?

Every crime has a victim, and losing that amount of money would be unimaginable.

Perhaps you think that this scenario is way too outlandish to even be considering. After all, who in the world could steal 128 million dollars from someone and get away with it?

Well, what if I told you that this has been happening every day?

And what if I told you that this has actually been happening every single hour of every single day for many years?

When you borrow and spend 128 million dollars that you do not have every single hour of every single day, of course that is going to have a huge impact on the economy. I am often asked why we are not in a horrendous economic depression yet, and this is one of the biggest reasons. If we were to go back and take 9 trillion dollars of government spending out of the economy over the last eight years, we would be in the worst depression in American history right now.

But even with all of this added debt, the U.S. economy has still only grown at an average yearly rate of just 1.33 percent over the past 10 years, and that is absolutely terrible.

Our leaders in D.C. were able to prop things up in the short-term by going on the greatest debt binge in U.S. history, but of course they have also made our long-term financial problems much, much worse in the process.

Many people don’t realize this, but the growth of the national debt was actually accelerating as the Obama era drew to a close. In fact, we added more than 1.4 trillion dollars to the debt during fiscal year 2016.

Once upon a time a lot of people out there would get really upset about the growth of our debt, but these days most Americans seem to have accepted that this is how we do things. This fiscal liberals seem to have won, and our nation is steamrolling down a road toward financial oblivion.

When you point out the economic disasters in Greece, Italy, Cyprus, Venezuela and Zimbabwe, it doesn’t seem to register with most Americans that our country is on the exact same path.

By borrowing money, you can live way above your means for a while, but eventually you have to pay a price for being so reckless. This has been true all throughout human history, and it will be true in our case as well.

In a letter to John Taylor on November 26th, 1798, Thomas Jefferson explained that he wished that he could have added one more amendment to the U.S. Constitution…

I wish it were possible to obtain a single amendment to our constitution; I would be willing to depend on that alone for the reduction of the administration of our government to the genuine principles of it’s constitution; I mean an additional article taking from the federal government the power of borrowing.

Jefferson wrote extensively about how government debt is a way for one generation to steal money from another generation.

And what we are doing to our children and our grandchildren is absolutely inexcusable.

The term “child abuse” is not nearly strong enough to describe what is taking place, and I don’t know why more people are not seething with anger over what is being done to them. I am going to do whatever I can to stop this madness, and I hope that you will help me.

Have you ever run up a lot of credit card debt? If you really wanted to, you could go out today and start living like a millionaire by running up huge credit card balances. But eventually a day of reckoning would arrive, and you would get to a point where your debts were no longer sustainable.

It is the same thing on a national level. We have been living way beyond our means for quite a while, but we have been stealing from future generations in order to do it.

4 thoughts on “Would You Like To Steal 128 Million Dollars?”