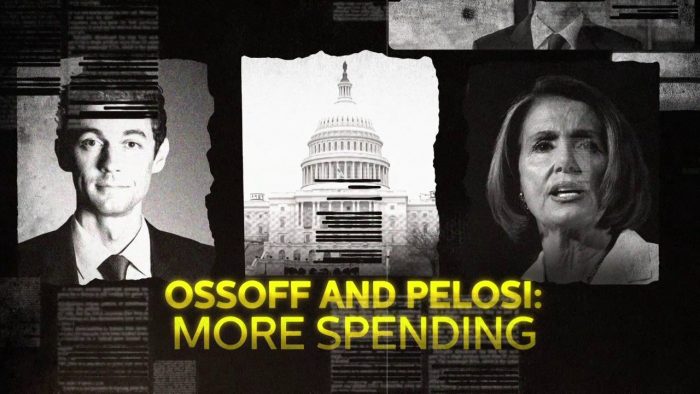 It has become exceedingly clear that the Democratic Party is in deep trouble. Close to 55 million dollars was spent on the race in Georgia’s sixth congressional district, and that shattered all kinds of records. Democrat Jon Ossoff was able to raise and spend six times as much money as Karen Handel and yet he still lost. This was supposed to be the race that would show the American people that the Democrats could take back control of Congress in 2018, and so for the Democrats this was a bitter failure. The Democratic Congressional Campaign Committee actually injected almost 5 million dollars into the race themselves, and Planned Parenthood threw in another $700,000. But after all of the time, effort and energy that was expended, Handel still won fairly comfortably.

The Democrats are trying to spin this result as some sort of “moral victory”, but as Dan Balz of the Washington Post has pointed out, there are “no moral victories in politics”…

There are no moral victories in politics. Republicans won on Tuesday in the most important special election this year. Democrats lost, as they have done in the other special elections in GOP-held seats this year.

For the national Democratic Party, the debate continues about developing a message that goes beyond attacking Trump, or assuming dissatisfaction with the president will be enough.

It has been a very long time since there has been so much national attention on a single House race. A number of high profile Hollywood celebrities became personally involved in Ossoff’s campaign, and they were absolutely devastated when he lost…

Celebrities who donated time and money to Ossoff’s campaign, including actresses Alyssa Milano and Rosie O’Donnell, used their social media accounts to react to the Democrat’s loss shortly after the election results were confirmed late Tuesday night.

Milano, who personally drove voters to the polls in April’s preliminary election and was actively campaigning for the Democrat for most of Election Day, tweeted simply: “Grouphug” and “Get in.”

Meanwhile, electronic music producer Moby and vocal Trump critic O’Donnell appeared to be frustrated by the results, with Moby questioning how Democratic “still can’t win” even with “buffoon” Donald Trump in the White House. O’Donnell tweeted: “DONALD TRUMP IS THE DARKNESS ITSELF.”

Where does the Democratic Party go from here?

Their anti-Trump message is not working, and their usual divide and conquer tactics are not working either.

At this point either the Democratic Party is going to have to reinvent itself, or they could be facing a long, painful string of election defeats for the foreseeable future. To say that things have not been going well for the Democrats lately would be a major understatement. I really like what Rush Limbaugh had to say about this on his radio show…

“You have no idea the degree to which the media and the Democratic Party are destroyed today. I’m talking about how they feel … which is complete and utter defeat, frustration and devastation,” he said on Wednesday, hours after Republican Karen Handel was a multiple percentage point winner over defeated Democrat Jon Ossoff.

“The dirty little secret is the media and the Democratic Party is turning off average Americans. They are not persuading, they are not convincing people Trump is a reprobate,” he continued. “They do not know how to beat Donald Trump. There are depressed and despondent.”

It doesn’t take a genius to figure out why Jon Ossoff lost.

All of the anger and violence that we have seen lately has greatly tainted the Democratic Party.

The Democrats have become the party of Kathy Griffin.

The Democrats have become the party of Antifa and mock Trump assassinations.

And the Democrats have become the party of James Hodgkinson.

U.S. Representative Tim Ryan was right on the ball when he admitted that his party’s brand has now become “toxic” in much of the nation…

Representative Tim Ryan of Ohio, who tried to unseat Ms. Pelosi as House minority leader late last fall, said she remained a political millstone for Democrats. But Mr. Ryan said the Democratic brand had also become “toxic” in much of the country because voters saw Democrats as “not being able to connect with the issues they care about.”

“Our brand is worse than Trump,” he said.

As I have discussed repeatedly, the left doesn’t have any positive vision for the future to offer the American people. They cannot win in the marketplace of ideas, and so they use anger, frustration, intimidation and violence as weapons. For quite a while the Democrats successfully used “the blame game” and divide and conquer tactics to win elections, but now the American people are seeing through the charade.

The more angry and violent the left becomes, the more the American people are going to turn against them. The following comes from Daniel Greenfield…

But Trump Derangement Syndrome is a symptom of a problem with the left that existed before he was born. The left is an angry movement. It is animated by an outraged self-righteousness whose moral superiority doubles as dehumanization. And its machinery of culture glamorizes its anger. The media dresses up the seething rage so that the left never has to look at its inner Hodgkinson in the mirror.

The left is as angry as ever. Campus riots and assassinations of Republican politicians are nothing new. What is changing is that its opponents are beginning to match its anger. The left still clings to the same anger it had when it was a theoretical movement with plans, but little impact on the country. The outrage at the left is no longer ideological. There are millions of people whose health care was destroyed by ObamaCare, whose First Amendment rights were taken away, whose land was seized, whose children were turned against them and whose livelihoods were destroyed.

Of course it is quite true that the Republican Party needs to be cleaned up as well. Many establishment Republicans use labels such as “conservative” and “Pro-Life” to win elections, but then they end up government like Democrats. And so many members of Congress in both parties spend far more time and energy raising money for their next elections than they do serving the American people.

There is a reason why Congress only has a 17.6 percent approval rating at the moment. Both major parties should take that as a sign that they need to clean up their acts, because the American people are sick and tired of the status quo.

1 thought on “Are The ‘Toxic’ Democrats Destined To Become A Permanent Minority Party?”