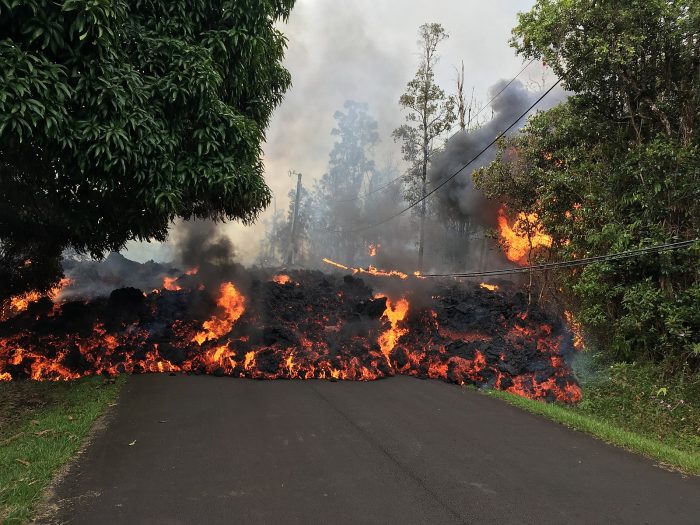 As the lava from the Kilauea volcano’s most recent eruption continues to spread, authorities are urging many residents to leave immediately.  The following update is from my good friend Mac Slavo…

According to the Express UK, the developments forced authorities to increase the evacuation area on Hawaii’s Big Island as police went from door to door pleading with residents still in their houses to leave before lava flows cut them off from escape routes. Residents in Kapoho, Kapoho Beach Lots, and Vacationland have been advised to evacuate by Hawaii County Civil Defence Agency. It also warned that Beach Road east of Highway 137 was at risk of “possible lava inundation” that could trap residents in the area.

Shelters have been set up at community centers and churches in the area.  County Mayor Harry Kim issued a stark warning to residents refusing to leave their homes. “Those who decline to evacuate are on their own,” said Kim. “Our first responders would cease going door-to-door in dangerous areas once final evacuation orders are issued. First responders put themselves in danger trying to help people who had refused to evacuate.”

When will this eruption finally end?

And is this part of a larger trend of increasing seismic activity around the globe?