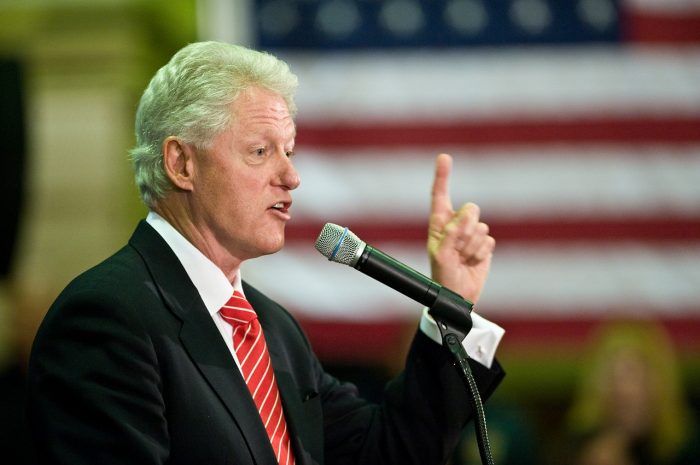 After all this time, you would think that Bill Clinton would be willing to apologize to Monica Lewinsky for how he treated her.

But in classic Clinton style, Bill still insists that he does not owe her any apology…

During an interview Monday, former president Bill Clinton said he does not owe an apology to Monica Lewinsky, the woman with whom he had an infamous affair when she was a 22-year-old White House intern.

Clinton made the remark on NBC’s Today in response to a question from host Craig Melvin about a recent op-ed from Lewinsky in which she reevaluates the question of consent in her relationship with the former president in light of the #MeToo movement.

He does, however, believe that the apology he made to the general public was sufficient…

“Do you feel like you owe her an apology,” Melvin asked.

“No, I do — I do not,” Clinton responded. “I’ve never talked to her. But I did say, publicly, on more than one occasion, that I was sorry. That’s very different. The apology was public.”

So what do think?

Tell us what you believe by posting a comment below…