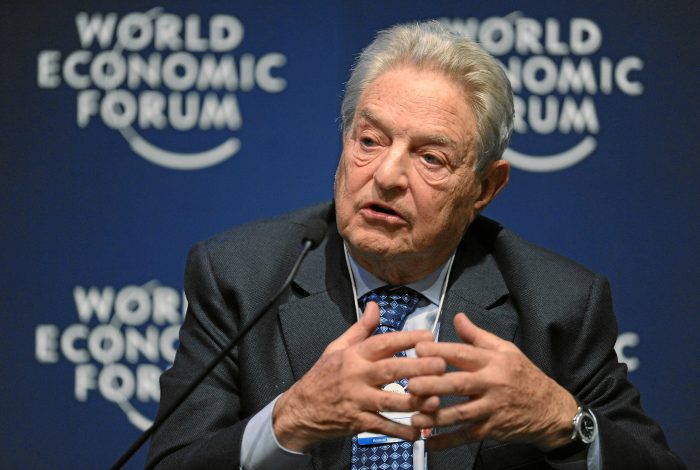 I told you to keep your eyes on Europe. On Tuesday, widespread panic shot through European financial markets and this deeply affected U.S. markets as well. The Dow Jones industrial average fell 391 points, and at this point the Dow and the S&P 500 have been down for three trading sessions in a row. But the big news is what is happening over in Europe. Tuesday’s crash represented the largest one day move for 2 year Italian bonds ever, and Italian bank stocks are now down a whopping 24 percent from their April highs. Overall, European banks have fallen a total of 11 percent over the last four days, and it isn’t just banks in troubled countries such as Italy and Spain that are hurting. The biggest bank in Europe, Deutsche Bank, just keeps on tumbling and is now just barely above all-time lows. A few days ago when I wrote that the next global economic crisis “could be just around the corner”, there were some people that criticized me for making such a statement. Well, as you will see below, now this fact has become so obvious that even George Soros is saying it.

Those that are ignoring what is going on in Italy are making a tragic mistake. Italy is the third largest economy in the eurozone, and even the Wall Street Journal is admitting that its bond market is “in meltdown”…

Risk aversion is back. Italy is the focal point, with its bond market in meltdown, its politics in crisis after President Sergio Mattarella blocked the formation of an antiestablishment government, and its credit rating under threat.

That is all now making bigger waves: Europe’s deepening troubles and disappointing global growth signals are sparking a sudden rally in haven bonds like U.S. Treasurys.

The next financial crisis has already arrived in Europe, and the primary reason for this crisis has to do with the giant mess that Italy’s government has become. The following summary of the current situation comes from CNBC…

Italy has been without a government since an inconclusive vote in early March, with anti-establishment political groups abandoning their efforts to form a coalition over the weekend amid a dispute with the country’s head of state.

President Sergio Mattarella, who was installed by a previous pro-EU government, refused to accept the nomination of euroskeptic candidate Paolo Savona for economy minister on Sunday.

Instead, he set the country on a path to another snap vote by appointing former International Monetary Fund (IMF) official Carlo Cottarelli as interim prime minister.

Of course the Italian parliament will never accept Cottarelli, and it looks like we are heading for snap elections in either July or August.

What is at stake in these elections is of the utmost importance to all of Europe. As Politico recently discussed, if the Italian people continue to move toward anti-establishment parties we could actually see Italy leave the euro or even leave the EU altogether…

Italy, the third-largest EU power once Britain leaves, may sooner or later be run by two parties who agree on little other than their apparent eagerness to break stuff. It could be Italy’s debt — a default in the trillions of euros. It could be the euro, if they follow through on past promises to hold a referendum on membership in the single currency. And what’s ultimately broken could be the EU as we know it, if any such referendum goes against Brussels, as most that have been held have done.

The EU survived Brexit, but there is a lot of doubt as to whether it could also survive a defection by Italy.

During a speech on Tuesday, George Soros soberly assessed the current state of affairs in Europe. According to Bloomberg, at one point he stated that “we may be heading for another major financial crisis.”

It is unusual for Soros to have such a gloomy tone. He really seemed to quite pessimistic about Europe’s future, and he even went as far to say that “everything that could go wrong has gone wrong”…

The stark warning from the billionaire money manager comes as Italian bond yields have jumped to multi-year highs and major emerging economies including Turkey and Argentina are struggling to contain the fallout from runaway inflation. Soros, who has been the object of ire by the government of his native Hungary, saved his gloomiest outlook for the EU.

“Everything that could go wrong has gone wrong,” he said, citing the refugee crisis and austerity policies that catapulted populists into power, as well as “territorial disintegration” exemplified by Brexit. “It is no longer a figure of speech to say that Europe is in existential danger; it is the harsh reality,” he said.

I must admit that I agree with his assessment of the situation in Europe. The EU most definitely is in “existential danger”, and I believe that we are in the beginning stages of the worst financial crisis in modern European history.

So what should be expect to see in the weeks ahead?

Well, here are three things to keep an eye on…

#1 The chaos is likely to continue for Italian financial markets.

#2 The euro is likely to continue to fall relative to the U.S. dollar.

#3 Trouble signs are likely to continue to erupt at European banking giants such as Deutsche Bank.

I have been warning about Italy, the euro and Deutsche Bank for a very long time, but because things didn’t fall apart right away a lot of people thought that the problems had been solved.

But just because something doesn’t happen in the short-term doesn’t mean that it isn’t going to happen. The long-term trends that are destroying Europe’s financial system took a long time to mature, and we could all see what was happening, but now we have finally reached a major crisis point.

Of course the European elite could try to “extend and pretend” by pulling a few more tricks out of their sleeves, but at some point even they will lose control. There is only so much that can be done, and those holding the reigns of power in Europe are almost out of ammunition.