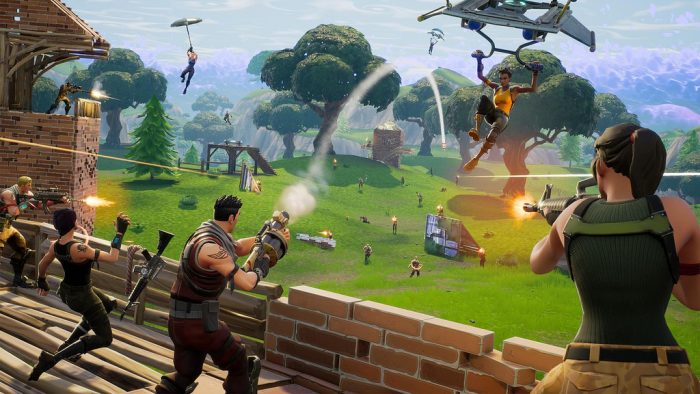 Fortnite is the most popular video game in the entire world right now, and for some people it is literally taking over their entire lives.  More than 40 million people have downloaded the game since it was released last July, and it just seems to keep getting more and more popular.  In fact, just watching other people play Fortnite is a full-time obsession for some people.  If you can believe it, fans around the globe spent more than 5,000 years watching Fortnite streams on Twitch during a recent two week period.  We live in a society where there is so much unhappiness, and addictive games such as Fortnite provide a very pleasant escape from reality.  Unfortunately, Fortnite addiction has become a very real phenomenon, and frustrated parents all over the globe are searching for answers.

In the UK, one 9-year-old girl was so addicted to Fortnite that she would literally play the game for 10 hours a day…

– Secretly got up in the night and played until dawn.

– Neglected to go to the toilet because she could not bear to leave the screen.

– Hit her father in the face when he tried to confiscate her Xbox gaming console.

– Dozed off in class because of her night-time addiction.

Eventually her parents decided that they had to limit her game time, and so she just started playing the game secretly at night.  At one point things got so bad that she wouldn’t even stop playing to go to the bathroom…

Despite limiting their daughter’s time on the game to one hour on school nights and two on weekends, they were still suspicious.

Carol said: “My husband saw her light on in the night and found her sitting on a urine-soaked ­cushion playing the game.

“I found her backside was red-raw. She was so hooked to the game she wouldn’t even go to the toilet.”

So her parents decided that they need to contact a psychotherapist, and now she is in a rehab program.  The psychotherapist that is treating this little girl says that he has never seen anything like he is seeing with this game…

The parents contacted addictions counsellor Steve Pope, who agreed to see the girl for psychotherapy. Steve told the Sunday People: “Over the last two months I’ve been ­contacted by dozens of parents with children as young as eight showing signs of addiction to Fortnite.

“I’ve been working in this field for three decades and never seen anything like it, how widespread and potentially damaging this is.

“I know bright kids who will fail their exams this summer because of Fortnite, kids who are stealing from their parents and friends to pay for the extras, kids who urinate in bottles because they can’t bear to leave the game.”

Of course most of the kids that are addicted to this game are boys.  In Australia, this is the sort of behavior that parents are observing…

I think that most of us have been addicted to a game at some point in our lives, but I don’t know if we have ever seen anything this widespread.

This is a phenomenon that is literally sweeping the entire planet, and it is certainly not limited to children.

In fact, as I was doing research for this piece, I came across an article that discussed how a young professional hockey player is literally ruining his career because he is so addicted to Fortnite…

“On video games – and I’m not going to say the player’s name. I really doubt he’s going to make it to the NHL, and it’s because of a video game addiction, to the point where his junior general manager told me that they’ve had him go to counseling over it, because he’ll play until all hours of the night and into the morning and then he’ll have no energy the next day. Like, he’ll be a write-off. And it is that bad. He has this compulsion for playing video games until all hours. I swore that I wouldn’t say the player’s name, but it’s unfortunate. He’s a recent first-round draft pick for a very, very prominent NHL team, will probably never play in the NHL because of a video game addiction.”

That is quite chilling.

The mother of the 9-year-old girl that is in psychotherapy wants Fortnite to be completely banned.

But are we really going to start banning everything that people enjoy just because a small minority is prone to become addicted?

In the UK, a “coalition of experts” is demanding that online gaming firms and social media companies be forced “to protect children from mental ill health”…

Social media and online gaming firms should have a statutory “duty of care” to protect children from mental ill health, abuse and addictive behaviour, a coalition of the country’s leading experts demands today.

Data amassed by charities, academics and doctors links children’s use of social media and gaming to a range of serious and lasting harms, many of which build gradually over time and go undetected by parents or teachers.

So now Facebook and the makers of Fortnite are supposed to have a “duty” to somehow protect the mental health of every kid that uses their products?

Yes, video games are addictive, and that will always be the case as long as video games exist.

But so is television, so is the Internet, so are cell phones, so is food, etc.

Are we going to ban or strictly regulate those things too?

In the end, this is not something that the government can control.  The ultimate answer is individual responsibility.  We need to take responsibility for our homes, our families and our children.  And we have to get our priorities in order.

There should always be room in life for fun, but we need to make sure that it is in the proper balance.

Unfortunately, there are way too many control freaks out there these days that want the government to define what that “proper balance” is for all of us.