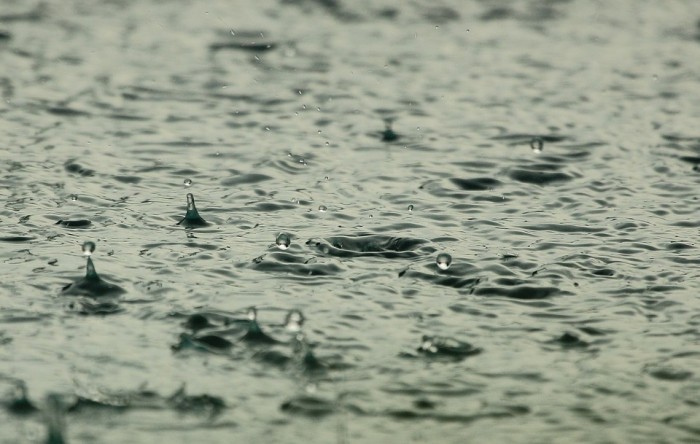 Why does this keep happening to America? Since the month of September, the United States has been absolutely pummeled by a devastating series of disasters, and this most recent one may be the worst of all. Right now, communities all along the Mississippi, Missouri and Arkansas rivers are dealing with “historic” flooding. In Missouri, it is being said that nobody “that is living has ever seen anything like this“, and it is being projected that rivers could reach levels not seen since “the Great Flood” of 1993. Portions of Interstate 44 have been totally shut down, and thousands of people have either already been evacuated from their homes or are preparing to evacuate. It would be difficult to overstate the utter devastation that we are witnessing. Personally, I have some very good friends in southern Missouri, and I will definitely be keeping them in my prayers.

The governor of Missouri, Jay Nixon, is warning people to be very careful. Thirteen people have already been killed by the flooding, and Nixon says that the waters are going “places they’ve never been before”…

Thirteen people in Missouri have died in floods caused by severe storms over the weekend, and although the rain has moved on, swollen rivers are still rising and won’t crest for days, Gov. Jay Nixon said.

“It’s very clear that Missouri is in the midst of a very historic and dangerous flooding event,” Nixon told reporters Tuesday. “The amount of rain we’ve received, in some places in excess of a foot, has caused river levels to not only rise rapidly, but to go to places they’ve never been before.”

A state of emergency was declared in Missouri on Monday, and yesterday Governor Nixon activated the National Guard. But the river is still rising, and the worst is yet to come.

At this point, some communities have already been totally wiped out. This includes the little town of Rockaway Beach, which is not too far away from Branson. The following comes from USA Today…

In Missouri, some areas have already been hit hard by the first wave of rising water. Rockaway Beach, located near Branson in southwest Missouri, was swamped by waters from the swollen White River.

The tourist town of 800 “has just been demolished,” Mayor Don Smith told KYTV. “It’s devastating, and we are all so exhausted.”

It is being reported that the Mississippi River is now a mile wide is some places, and there are debris piles that are up to two stories tall. Authorities are projecting that the flooding along some areas of the river will match or break all-time records that were set back in 1993…

In some parts of the Missouri, rivers are expected to crest as high as they did during devastating flooding in 1993, which is known as the “great flood,” Nixon said.

The National Weather Service predicted that the Mississippi River at Chester, Illinois, would crest at 49.7 feet Friday, matching the 1993 record, the governor’s office said. The Mississippi at Thebes was expected to crest Saturday at a record-breaking 47.5 feet.

The Mississippi River is expected to reach nearly 15 feet above flood stage on Thursday at St. Louis, which would be the second-worst flood on record, behind only the devastating 1993 flood.

What is happening in the center of the country right now is just the continuation of a trend that has been building for months. Just check out this list of flooding events that we have seen in the U.S. since the end of the summer…

-Moisture from Hurricane Joaquin caused the worst flooding in the history of the state of South Carolina.

-The remnants of Hurricane Patricia caused tremendous flooding in many parts of Texas.

-One of the strongest El Ninos ever recorded has sent an endless stream of storms barreling into coastal areas of Oregon and Washington. This has caused horrible flooding in some areas.

Meanwhile, we continue to witness a rise in earthquake activity as well.

Oklahoma, which had already shattered an all-time state record for earthquakes in 2015, was hit by a 4.3 magnitude earthquake yesterday.

Also, let’s not forget all of the wildfires that have been happening. On Christmas Day, a massive 1,200 acre blaze erupted near Ventura, California, and that topped off a year during which wildfires burned more acres in America than ever before.

Of course I could also mention the extremely rare EF-4 tornado that ripped through Garland, Texas just a few days ago and the ongoing multi-year drought that is still plaguing most of the state of California.

On top of everything else, a huge solar storm is going to hit our planet on New Year’s Eve. Fortunately, authorities do not expect that it will do that much damage.

Nobody can deny that our weather is getting really, really crazy.

So precisely why is this happening?

There is certainly a lot of debate about this. It is almost as if someone flipped a switch in September and turned on a disaster machine, because since that time there has been an endless parade of major events.

Do you have a theory that can explain what we are witnessing?

If so, please feel free to share it with the rest of us by posting a comment below…