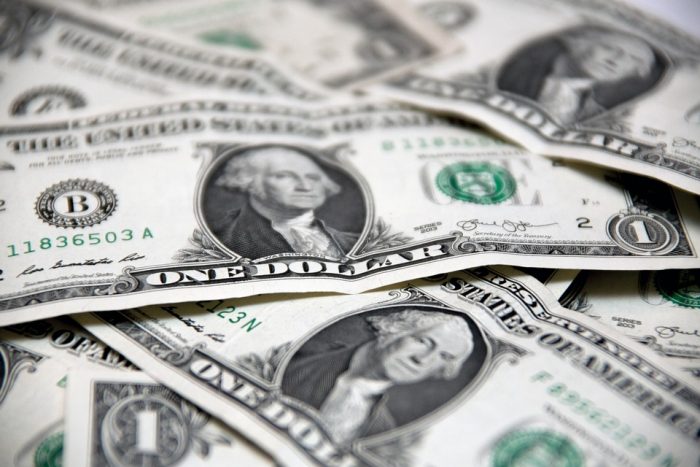 Nobody can pretend that what we have today is the kind of limited federal government that our founders intended. When federal spending accounts for more than 20 percent of GDP, it is hard to argue that we haven’t moved very far down the road toward socialism. As I mentioned above, total federal spending will surpass 4 trillion dollars for the first time ever in 2017…

Both the Congressional Budget Office and the White House Office of Management and Budget project that federal spending will top $4 trillion for the first time in fiscal 2017, which began on Oct. 1, 2016 and will end on Sept. 30.

I was recently asked how we are going to pay for a 4 trillion dollar government if we abolish the income tax like I am proposing.

Well, the truth is that we would have to dramatically reduce the size and scope of the federal government. Our founders always intended for the individual state governments to be much stronger than they are right now, and it is time for us to restore that constitutional balance.

Something desperately needs to be done, because we have a federal government that is completely and totally out of control. Even the Congressional Budget Office agrees that we are headed toward absolute disaster if our leaders in Washington don’t start displaying some fiscal responsibility…

A large and continuously growing federal debt would increase the chance of a fiscal crisis in the United States. Specifically, investors might become less willing to finance federal borrowing unless they were compensated with high returns. If so, interest rates on federal debt would rise abruptly, dramatically increasing the cost of government borrowing. That increase would reduce the market value of outstanding government securities, and investors could lose money. The resulting losses for mutual funds, pension funds, insurance companies, banks, and other holders of government debt might be large enough to cause some financial institutions to fail, creating a fiscal crisis. An additional result would be a higher cost for private-sector borrowing because uncertainty about the government’s responses could reduce confidence in the viability of private-sector enterprises.

It is impossible for anyone to accurately predict whether or when such a fiscal crisis might occur in the United States. In particular, the debt-to-GDP ratio has no identifiable tipping point to indicate that a crisis is likely or imminent. All else being equal, however, the larger a government’s debt, the greater the risk of a fiscal crisis.

The likelihood of such a crisis also depends on conditions in the economy. If investors expect continued growth, they are generally less concerned about the government’s debt burden. Conversely, substantial debt can reinforce more generalized concern about an economy. Thus, fiscal crises around the world often have begun during recessions and, in turn, have exacerbated them.

I get so frustrated with Republicans in Congress, because they are supposed to be watching out for us.

During the 2010 elections, one of the biggest mid-term landslides of all time gave Republicans control of the House of Representatives and they have had it ever since. One of the pillars of the “Tea Party revolution” was fiscal responsibility, but the national debt has just continued to explode.

We have been betrayed, and those that have done this to us need to be held accountable.

Of course the big reason why our politicians never want to control spending is because they know what it will do to our economy.

Nobody in Washington wants to be responsible for plunging us into an economic depression, and so they just keep stealing from the future in order to prop things up in the short-term.

And a similar thing could be said about central bank intervention. If the Federal Reserve and other global central banks had not pumped trillions upon trillions of dollars into the financial system over the past 8 years, we would be in the midst of a horrific economic nightmare right now.

But now all of that “hot money” has created epic financial bubbles all over the planet, and when they finally burst the ensuing crisis will be far, far worse than if they had never intervened in the first place.

But of course no bubble can last forever, and the bigger they become the harder they burst.

1 thought on “Is This The Generation That Is Going To Financially Destroy America?”