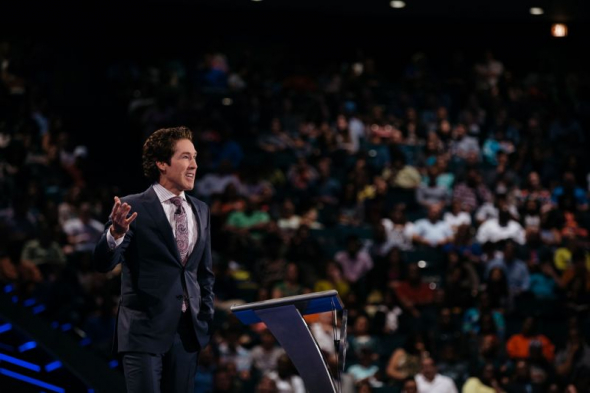 Running a megachurch in America today is very big business, and it has been revealed that Joel Osteen’s church spends about 90 million dollars a year…

Pastor Joel Osteen’s Lakewood Church in Houston, Texas has an annual budget of around $90 million, and their last fiscal year’s financial statement reveals how they use the money.

During the fiscal year that ended March 31, 2017, the megachurch spent $31.7 million on its weekly services and programs, according to Houston Chronicle, which further says $6.7 million was spent on the church’s Night of Hope events, and $25.1 million on its television ministry.

For general and administrative expenses, the church used $11.5 million, and another $11.9 million for fundraising. And the remaining $1.2 million was spent on mission and outreach.

11.9 million dollars for “fundraising” and only 1.2 million on “mission and outreach”?

It looks like someone has their priorities out of order…