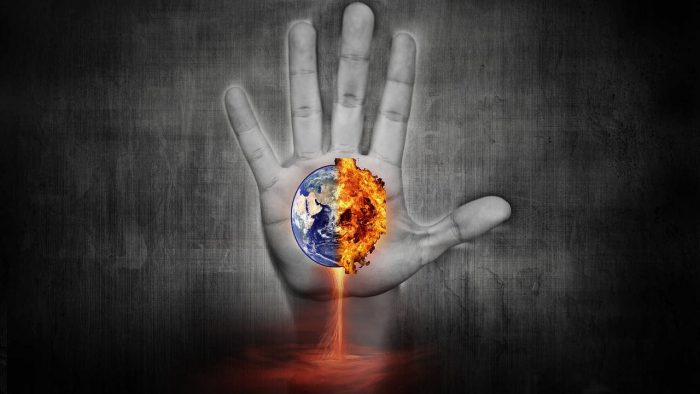 (By Mac Slavo of SHTFPlan.com) Most people living in the United States are ill-prepared, or not prepared at all for a major disaster. According to the results of a recent poll, a natural disaster would devastate the majority of the population.

A recent poll conducted by Business Insider partner MSN asked people about their emergency preparedness levels. The results, although not alarming, show just how poorly prepared most of the population is for a natural disaster. After conducting the survey, MSN used machine learning and big data, such as the census, to model how a representative sample of the US would have responded.

According to the poll as reported by Science Alert, only three in ten Americans say they have an emergency preparedness kit, 42 percent of Americans say they’re not at all prepared for a disaster, and 46 percent say they’re only prepared a little. What’s perhaps more troubling, some parts of America are even less prepared than this. In 16 states, 25 percent or fewer residents said they have an emergency preparedness kit. In those same states, almost half of the population said they’re not at all prepared for disaster, while more than 40 percent said they’re a little prepared.

Are you living in a disaster zone? If so, now would be a great time to start preparing for what could happen.

States which tend to be more prone to disasters tend to also be more concerned about natural disasters. The majority of South Carolinians, for example, say they understand the need to prepare for hurricanes and unsurprisingly, South Carolina is one of the most prepared states.

But this isn’t always the case. Families in Washington, DC, which is considered a high-risk area for natural disasters, are the least likely to have an emergency kit or to report being prepared for a disaster.  With 2017 being the most costly year on record for disastrous storms, it would behoove those living in DC to prepare.

The New York Times has put together a map showing which areas in the United States were subjected to the most disasters which caused monetary losses by ZIP code between 2002 – 2017. 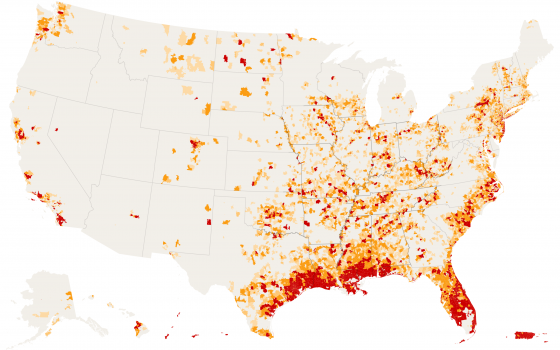 This map shows losses verified by the Small Business Administration for disasters in which a presidential disaster declaration was issued. The values of the losses are expressed in 2017 dollars.

The statistics for living in the “red zones” in the above map are not comforting either. About 90 percent of the total losses across the United States occurred in ZIP codes that contain less than 20 percent of the national population, according to an analysis of data from the Small Business Administration. –Ready Nutrition

Although preparedness is becoming more mainstream, many still lack the funds to begin the often daunting process.

A crisis rarely stops with a triggering event. The aftermath can spiral, having the capacity to cripple our normal ways of life. Because of this, it’s important to have a well-rounded approach to our preparedness efforts. –The Prepper’s Blueprint

Consider preparing for the worst.  Afterall, it’s always better to have something and never need it, than it is to need something that’s impossible to come by.  Especially when considering in recent natural disasters, clean drinking water, which is essential to life, has bee hard to come by.

(By Mac Slavo of SHTFPlan.com)