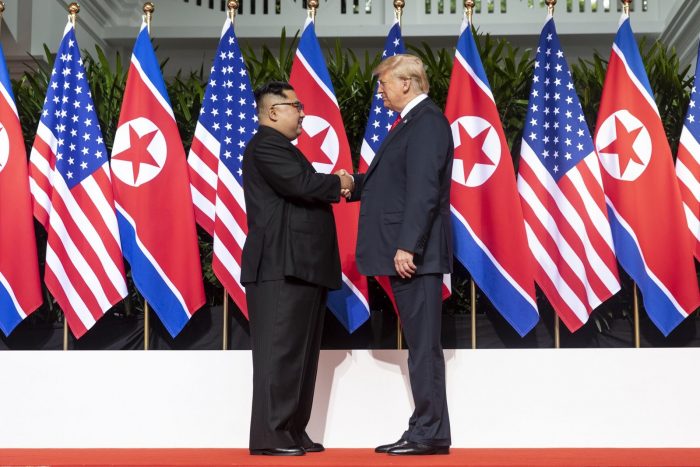 (Gizmodo) President Trump gave a speech at the United Nations in September of 2017 where he famously called Kim Jong Un, “rocket man.” Now, in one of the most bizarre stories we’ve heard this week, Secretary of State Mike Pompeo will deliver a CD of Elton John’s song “Rocket Man” to the North Korean dictator today. Our world is truly beyond parody.

When President Trump and Kim met during their historic photo-op on June 12th, Trump reportedly asked Kim if he’d ever heard Elton John’s 1972 hit song. According to the South Korean media outlet Chosun Ilbo, the 34-year-old Kim replied that he’s never heard “Rocket Man.” So now Trump is sending a signed copy of the CD to Kim. Not signed by Elton John, mind you. The CD is reportedly signed by Donald Trump.