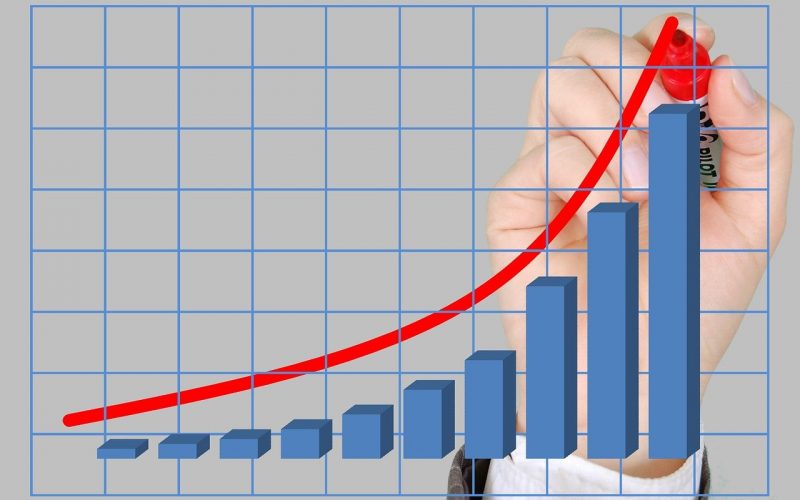 Retail investors have banded together to turn over the tables on Wall Street, and it has created a wild frenzy that is making headlines all over the globe.  Unprecedented short squeezes have pushed the share prices of GameStop, AMC, Macy’s and BlackBerry to insane heights, and prominent voices in the financial world are complaining that trading in those stocks has become completely divorced from the fundamentals.  In fact, these young retail investors are actually being accused of turning the market into “a video game”.  Infamous investor Michael Burry, who made crazy amounts of money betting against the housing market during the last financial crisis, even had the gall to claim that recent trading in GameStop was “unnatural, insane, and dangerous”.

Of course Burry is right, but the truth is that the entire market has been transformed into a giant casino and has been “unnatural, insane, and dangerous” for a very long time.

If the entire market fell 50 percent tomorrow, stock prices would still be overpriced.

So it is more than just a little bit hypocritical for the Wall Street establishment to be complaining about GameStop when they have been gaming the system for years.

Ultimately, GameStop is not a good long-term investment.  Most people download video games these days, and so a brick and mortar retail chain that sells physical copies of video games shouldn’t be attractive to anyone.

GameStop lost money last year, and they will lose money again this year.

But a group on Reddit known as “WallStreetBets” noticed that some big hedge funds had taken ridiculously large short positions against GameStop, and they sensed an opportunity.  They realized that if they all started to buy GameStop all at once, it would likely create a short squeeze of epic proportions.

And that is precisely what has happened.

A year ago, a single share of GameStop was going for about four dollars.

At the beginning of the month, GameStop was sitting at $17.25.

In addition to making huge profits, the investors on “WallStreetBets” also wanted to get revenge on the big hedge funds for all the evil things they have done in the past.

Every great story needs a great enemy, and in this case the great enemy is a hedge fund called Melvin Capital…

Melvin Capital, the $12.5 billion hedge fund founded by Gabriel Plotkin, was one of the main targets of the Reddit campaign, after an SEC filing revealed that the fund had a large short position in GameStop.

‘By the end of the week (Or even the end of the day), Plotkin is going to have less than a college student 50k in debt who works part time at starbucks,’ one Reddit user wrote on Wednesday morning.

Nobody knows for sure how much money Melvin Capital has lost, but it appears to be in the billions…

CNBC could not confirm the amount of losses Melvin Capital took on the short position. Citadel and Point72 have infused close to $3 billion into Gabe Plotkin’s hedge fund to shore up its finances. On Wednesday’s “Squawk Box,” Sorkin said Plotkin told him that speculation about a bankruptcy filing is false.

Melvin Capital has supposedly closed all of their short positions in GameStop now, but not everyone is buying that claim.

In any event, the crowd on WallStreetBets intends to continue to drive up the prices of GameStop, AMC, Macy’s and Blackberry for the foreseeable future.

Eventually, each of those mini-bubbles will collapse, but for now the big short sellers are squealing in pain.

Needless to say, the large hedge funds have been reaching out to their “friends” for help, and the SEC just released a statement which indicated that they are watching developments closely…

We are aware of and actively monitoring the on-going market volatility in the options and equities markets and, consistent with our mission to protect investors and maintain fair, orderly, and efficient markets, we are working with our fellow regulators to assess the situation and review the activities of regulated entities, financial intermediaries, and other market participants.

And White House Press Secretary Jen Psaki told reporters just a few hours ago that the White House is “monitoring” the situation.

But what is there to “monitor”?

All is fair in love and investing, and the retail investors of “WallStreetBets” caught some big hedge funds with their pants down and punished them for it.

After everything that big hedge funds have gotten away with over the years, many would argue that a little bit of revenge was definitely in order.

But Wall Street has never seen anything like this before.

Retail investors are supposed to be small fish that get eaten alive by the bigger fish, but now technology has changed the rules of the game…

The way people trade stocks has been upended by the rise of no-fee apps like Robinhood. That technology has democratized investing, giving armchair investors far removed from traditional banks free access to sophisticated trading instruments, like options.

You could pay an analyst to tell you what stocks to buy, or you could create a Reddit account and follow forums like WallStreetBets. Millions of young people are opting for the latter, which is partly why the sudden surges in GameStop and AMC have caught Wall Street veterans by surprise.

Nobody should shed a tear for the short sellers.

They have made obscene amounts of money over the years by manipulating the markets and by preying on weak companies.

Now an Internet mob is preying on them, and many that are involved believe that revenge is a dish best served cold.

If you can’t handle the pain, don’t play the game.

In the end, this entire farce of a market is going to utterly collapse anyway.  So the truth is that very few are going to get out of this thing unscathed.

Since the financial crisis of 2008 and 2009, investors have seen their portfolios increase in value by trillions of dollars, but this bubble only exists because of unprecedented manipulation by the Federal Reserve and others.

Now a relatively small group of retail investors is manipulating stock prices to punish a couple of hedge funds and everyone is in an uproar over it?

Our financial markets are fraudulent, and they have been for many years.

Nobody should be accusing retail investors of turning the stock market into “a video game”, because the Federal Reserve already did that a long time ago.