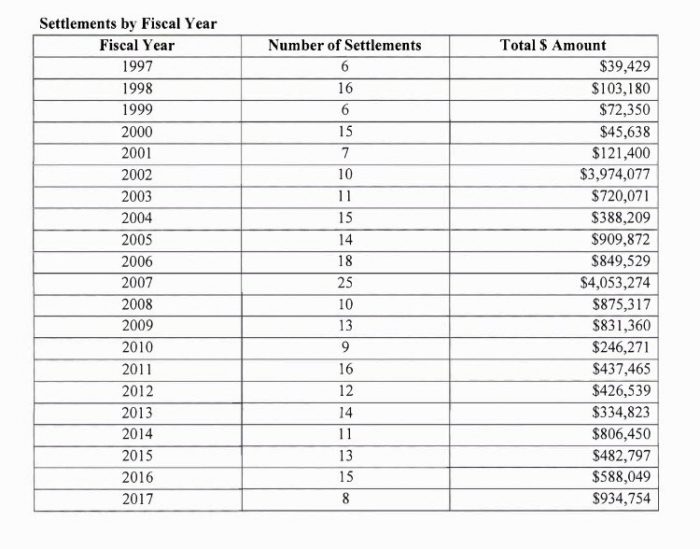 We finally have the official numbers, and they aren’t pretty. Reid Wilson, a correspondent for the Hill, has posted to Twitter a year by year breakdown of sexual harassment settlements and awards that he received from the Congressional Office of Compliance. I went ahead and added up each column, and what I discovered is that 264 cases of sexual harassment in Congress have been settled since 1997, and the total amount awarded in those settlements comes to a grand total of $17,250,854.

That money has come from the taxpayers of course. That means that you and I have been paying to cover up the epidemic of sexual harassment that has been taking place on Capitol Hill.

When U.S. Representative Jackie Speier originally told us that more than 15 million dollars had been paid out to victims of sexual harassment in recent years, I was envisioning a few dozen cases at most.

I had no idea that the total number of cases would actually be well over 200.

If our leaders were serious about stopping this from happening, they would pass a law making it mandatory that all cases of sexual harassment in Congress be made public, and that members of Congress would be personally responsible for paying out any settlements.

If such a law was instituted, I guarantee you that sexual harassment on Capitol Hill would come to a screeching halt.

But they don’t want it to stop. For many in Congress, having so many attractive young women around is one of the key benefits of the job. I included the following quote from CNN in an article the other day, but I also believe that it fits just perfectly here…

In an environment with “so many young women,” said one ex-House aide, the men “have no self-control.” “Amongst ourselves, we know,” a former Senate staffer said of the lawmakers with the worst reputations. And sometimes, the sexual advances from members of Congress or senior aides are reciprocated in the hopes of advancing one’s career — what one political veteran bluntly referred to as a “sex trade on Capitol Hill.”

Do you want to stop this from happening?

It isn’t going to stop until we boot out the corrupt career politicians that are engaging in this type of behavior. So I am asking you to support my campaign and other “grassroots deplorables” that are running for office all over the nation.

Morality really matters when it comes to serving in public office, and we are not going to send people that engage in sexually inappropriate behavior to Washington anymore.

And I am calling on Congress to immediately release the details of all of the 264 cases of sexual harassment that have been settled since 1997. The American people have a right to know, and those that engaged in this type of behavior do not have a right to hide.

It is time to drain the swamp, and this would be a really good place to start.